The Ello website is seen on the monitor screen September 27, 2014 in Washington D.C.
Paul J. Richards—AFP/Getty Images
By Victor Luckerson

The burgeoning social network Ello has raised $5.5 million in a new round of venture funding, it was revealed Thursday. The buzzy startup gained widespread attention in September thanks to its manifesto decrying social media companies’ habit of gathering and monetizing user data.

“Advertisers buy your data so they can show you more ads. You are the product that’s bought and sold.” the manifesto reads. “We believe a social network can be a tool for empowerment. Not a tool to deceive, coerce and manipulate — but a place to connect, create and celebrate life.”

Ello is putting some legal muscle behind its lofty rhetoric by reincorporating as a public benefit corporation in Delaware. The company will vow in its new legal charter that it will never sell user data or advertising, according to The New York Times. The company plans to make money by charging users for extra, as-yet-unspecified features.

Though Ello has been around since summer, the site exploded in popularity last month after Facebook began kicking drag queens off its site because they were not using their legal names, leading some of those users to relocate to Ello. The small social network leapt from 90 users in early August to more than 1 million today, according to the Times. Facebook has since apologized for how its real name policy affected the LGBT community and others.

The funding round was led by Foundry Group, based in Boulder, Colo. 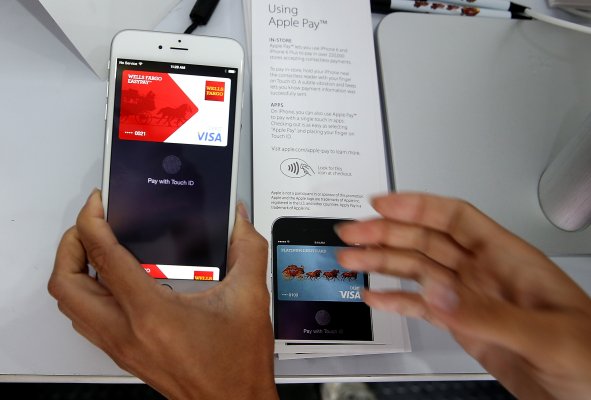 Apple Pay: Who Won and Who Lost?
Next Up: Editor's Pick