For most of us, dispelling the darkness is as simple as turning on a light. But that’s not true for everyone. Some 1.3 billion people around the world lack access to electricity, nearly all in the developing world. And few countries are as energy-poor as Burma (also known as Myanmar), where up to three-quarters of the population live off the electrical grid.

Energy poverty may not seem as pressing a challenge as lack of access to food or medicine, but development is all but impossible without electricity. There is no electric light for children to do schoolwork by, no power for cooking stoves or microwaves. There are health effects as well—the resulting smoke from indoor fires creates air pollution that contributes to more than 3.5 million deaths a year around the world.

In rural Burma—which sells electricity generated by hydropower to neighboring countries—villagers light the night with expensive and dangerous candles. Just 3,000 of the estimated 68,000 villages in Burma have any access to power whatsoever.

It will take years to expand Burma’s rickety grid to reach its more isolated rural residents. But in the meantime, there’s an elegant and environmentally friendly solution: solar energy. Small, cheap photovoltaic solar panels don’t need to be hooked up to a central power station and don’t require kilometers of expensive overhead power lines. The panels can generate enough electricity to provide households with at least 12 hours of light during the night.

Working with the U.N. Human Settlements Programme, the photographer Rubén Salgado Escudero traveled to Burma to showcase the transformative effect of solar energy. Each of the nighttime portraits in this photo essay—from a father holding his son to a group of men playing chinlone, Burma’s national sport—was lit using light from the solar lamps. Life that would grind to a halt with the fall of night is allowed to continue. It’s a simple gift, but a lasting one.

Solar power has a bright future in Burma. In August the ACO Investment Group signed an agreement with the Burmese government to build a $480 million solar-power project in the country’s Mandalay region. Once the two 150-megawatt plants are completed in 2016, they should supply 10% to 12% of the country’s power—and help banish the darkness. 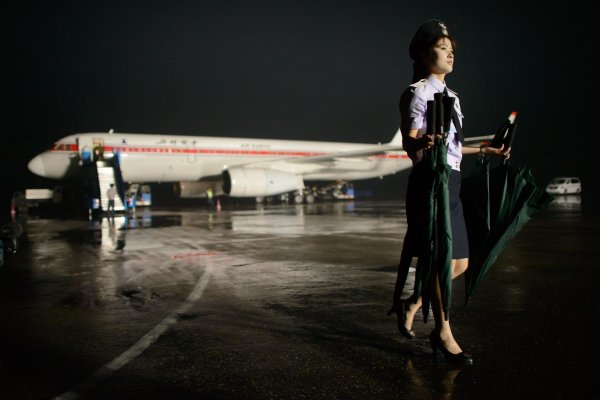