A partial solar eclipse is seen over the Sudanese capital Khartoum on November 3, 2013.
Anadolu Agency—Getty Images
By Laura Stampler

As long as rainclouds aren’t obstructing the view, people across the United States will be able to look up Thursday afternoon to witness the moon cover part of the sun in a rare partial solar eclipse.

According to Weather.com, nearly all of North America, barring part of Canada and New England, will be able to see the display. Sky and Telescope has a list of when the eclipse will be visible in different major cities. The partial solar eclipse will be viewable in New York beginning at 5:49 p.m. and peaking at 6:03, though skywatchers on the west coast will get the best show — the eclipse begins in Los Angeles at 2:08 p.m. and hit its peak midway point at 3:28 p.m. local time.

While there will be another partial solar eclipse Aug. 21, 2017, Business Insider reports there won’t be another that is visible to the entire country until 2023. So maybe step outside — but take precautions.

“Looking directly at the Sun is harmful to your eyes at any time, partial eclipse or no,” says Sky and Telescope’s Alan MacRobert. “The only reason a partial eclipse is dangerous is that it prompts people to gaze at the Sun, something they wouldn’t normally do. The result can be temporary or permanent blurred vision or blind spots at the center of your view.” 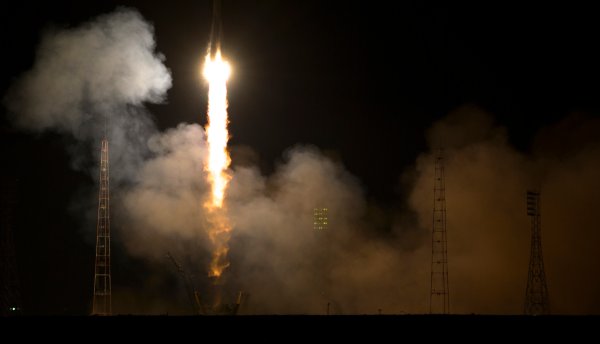