Gather ’round, kids. Gather ’round. Old Uncle Doug is going to regale you with a tale of an excellent rectangle that was introduced to the world on October 23, 2001.

Back in 2001, MP3 players weren’t scarce, by any means, but they each had a fundamental problem: They were either pocketable and could only hold a few dozen songs or they were comically big and could hold several hundred songs.

I didn’t own the original iPod. It was too expensive (I didn’t have $400 to my name) and initially Mac-only (I didn’t have a Mac — a side-effect of not having money). I was, however, enamored with portable MP3 players. In fact, instead of buying several CD-, flash- and hard drive-based MP3 players at upwards of $200 a pop, as I did, I probably could have owned an iPod and maybe even a Mac.

Here’s a photo of two real gems I still own: the Pocket mStation (left) and the NeoPlayer (right), with an old iPhone 4 thrown into the mix to give you a sense of size. I’ll frame these someday:

These two ridiculous beasts each used a 2.5-inch hard drive commonly used in laptops. So I could stuff a ton of songs on them, but I couldn’t stuff either of them into anything but the Hammer-est of Hammer pants.

The world needed an MP3 player that was small enough to fit in a pocket, yet had enough storage to hold hundreds of songs. The problem was that flash-based storage maxed out at mere megabytes and tiny, high-capacity hard drives didn’t exist in sufficient quantities…yet.

This was a conundrum for Apple engineers in late 2000, as Steve Jobs had expressed interest in building a sleek, pocketable MP3 player that could hold a ton of music. In true Steve Jobs fashion, Jobs tasked Jon Rubinstein with building such a device even though the necessary components didn’t exist.

Rubinstein lucked out, though. In February of 2001, while he was meeting with Toshiba, a boatload of tiny, high-capacity hard drives nearly fell in his lap. The following is a passage in Walter Isaacson’s Steve Jobs book (page 384):

The “exclusive rights to every one of the disks it could make” quip is important. Apple rolled out the iPod in late 2001; it would take a while for competing MP3 players to shrink down and catch up. 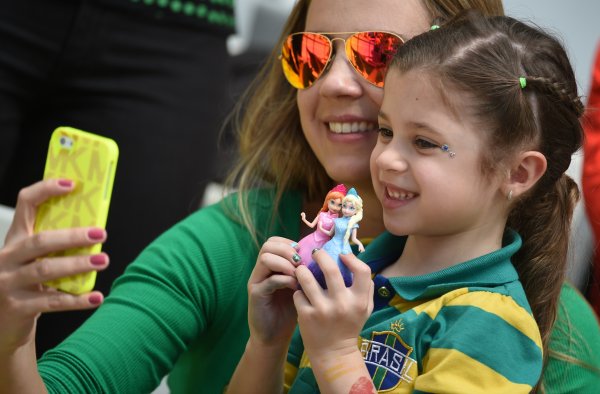 The Best First Smartphone for Your Child
Next Up: Editor's Pick