The Rise of the Lone Wolf Terrorist

An Ottawa police officer runs with his weapon drawn outside Parliament Hill in Ottawa on Oct. 22, 2014.
Sean Kilpatrick—AP
By Naina Bajekal

The shooting death of a Canadian soldier outside Parliament in Ottawa, by a suspect named Michael Zehaf-Bibeau who was then killed inside the building, appears to be the latest in a series of “lone wolf” attacks inspired by radical Islam.

Wednesday’s attack happened two days after authorities said Martin Rouleau-Couture drove his car into two military members, killing one before he was fatally shot by police, and a month after Alton Nolen beheaded a co-worker in Nebraska. All three appeared to be recent converts to Islam.

There is no official confirmation that any of these attacks are considered to be direct retaliation for the campaign against the Islamic State of Iraq and Greater Syria (ISIS) but Canada’s Public Safety Minister, Steven Blaney, described the violent actions of Rouleau as “clearly linked to terrorist ideology”.

The country raised its terror alert from low to medium last Friday not because of a specific threat but in response to an increase in online “general chatter” from extremist groups like ISIS and al-Qaeda. A few weeks ago, ISIS spokesman Abu Muhammad al-Adnani, released a video calling for more individual acts of violence against soldiers and civilians in “countries that entered into a coalition” against the group, encouraging ISIS supporters to “kill them wherever you find them.”

However, the roots of the lone wolf phenomenon go back further than this appeal. “It’s obvious that lone wolf terrorism has increased in the past few years, but that was already the case before ISIS came into existence.” says Peter Neumann, Director of the International Centre for the Study of Radicalization and Political Violence in London. “It was adopted as a deliberate strategy by al-Qaeda in the late 2000s” and was repeatedly encouraged by Anwar al-Awlaki, the American-born radical preacher based in Yemen, who wrote in the online al-Qaeda magazine Inspire: “It is better to support the prophet by attacking those who slander him than it is to travel to land of Jihad like Iraq or Afghanistan.” Awlaki was killed in a U.S. drone strike in 2011.

ISIS has had a different approach as it wanted to recruit people to fight in Syria and Iraq. “It wasn’t about attacking the West, it was about building the Islamic State,” says Neumann. Now, U.S.-led air strikes mean that “it is yet again this old narrative of the West versus Islam,” he adds. While the group seeks direct confrontation with the West, it’s difficult to attack them in Iraq and Syria, since ground troops are not present. ISIS now thinks “the way to terrorize the West is asymmetrically: to strike out through individuals inside of Western countries and show the public the terrible price that they have to pay for the West’s involvement” in the conflict, Neumann continues.

Jamie Bartlett, head of the Violence and Extremism Program at London-based think tank Demos, believes that “the internet in the last few years has both increased the possibilities and the likelihood of lone-wolf terrorism.” He says it has made it a great deal simpler for one individual to learn about radical ideologies as well as acquire skills like bomb-making, lowering the barrier to participation in a broader, global network of extremism: “Terrorists usually operate within a group, even if only a very small group, but it’s far easier now to be able to go it entirely alone.”

Neumann says that lone wolves are more likely to suffer from social isolation and mental health problems than “normal” terrorists. This can make them harder to detect than groups. “This will undoubtedly be one of the lures of the tactic,” says Matthew Francis, a researcher on radicalization and extremism at Lancaster University in the U.K.

Speaking about the Canadian car killing case earlier this week, Superintendent Martine Fontaine of the Royal Canadian Mounted Police said “it’s very difficult to know exactly what an individual is planning to do before a crime is committed. We cannot arrest someone for thinking radical thoughts; it’s not a crime in Canada.” As well as trying to prevent their citizens from joining extremist groups like ISIS abroad, Western governments now also face another dilemma when dealing with the threat of home-grown terrorism. Canadian authorities suspected Rouleau of becoming radicalized and the police seized his passport when he tried to leave for Syria. Zehaf-Bibeau, the suspected killer in Wednesday’s Ottawa attack, intended to travel abroad but was stopped and had his passport confiscated. “Often people’s decisions to fight at home comes from being stopped going to fight elsewhere,” says Francis. Neumann adds that lone-wolf attacks appeal not only to returnees — those who have come back from fighting alongside ISIS — but also “fanboys,” or those who would like to join the ISIS community but who have, for one reason or another, not made it to the battlefield.

Nevertheless, experts agree that most lone wolves are unlikely to kill large numbers of people. “The only lone wolf who killed a lot of people was not a jihadist,” says Neumann. “It was Anders Breivik in 2011 in Norway, who was very sophisticated, a good planner. He acted all on his own and pulled off a massive operation killing 77 people,” he adds. “Typically, lone wolves do one attack, killing one or two people, because they do not have the expertise or sophistication.” Moreover, Bartlett suggests a rise in lone wolf acts can be seen to represent an increased success in counterterrorism operations. As a result of increased intelligence work in stopping larger, plots like 9/11 and the 7/7 bombings, he says, terrorist groups are “limited to conducting attacks that require very little training, very little preparation, very little communication.”

Yet while lone wolves may not pose the same kind of threat as those who organized attacks like 9/11, Neumann says their acts “have a profound effect in terms of the psychological impact on a society, creating tension, polarization and terror in societies.” Since even a very limited act of violence has the capacity to create terror, lone wolf terrorists represent a different challenge altogether for Western authorities from the terrorist cell plotting spectacular attacks.

Read next: The Ottawa Attack ‘Changes Everything’ and Hopefully Nothing at All 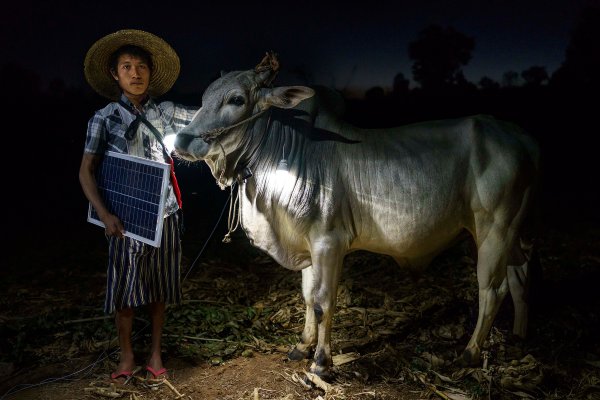 Banish The Night
Next Up: Editor's Pick