Nine people in Connecticut who could have been exposed to Ebola have been ordered to stay home for 21 days, the state’s Public Health Department said on Wednesday.

The people being watched by state health authorities are not showing symptoms of illness, but are being monitored as a precautionary measure, the Connecticut Mirror reports.

The quarantined people include three Yale University students, and all the others are from one family, the New York Times says. The people also include recent visitors to West Africa.

The home quarantines are the first use of the state’s toughened measures to keep Ebola at bay, after Governor Dannel Malloy declared a public-health emergency in the state and reserved the right to impose 21-day quarantines with twice daily temperature checks on at-risk individuals.

U.S. political and health officials are seeking to contain Ebola through state-ordered quarantines, after two Dallas nurses who treated an Ebola patient contracted the disease and illustrated its potential to leapfrog through the U.S., if not controlled. A quarantine in Texas for dozens of people possibly exposed to Ebola ended this week with all declared virus-free.

Federal health officials also said Wednesday that travelers from Guinea, Liberia and Sierra Leone, who arrive in the U.S. through six states, will, as of next week, be ordered to communicate daily with health authorities for 21 days about their condition.

Read next: How Ebola Hysteria Could Help Contain Flu Season 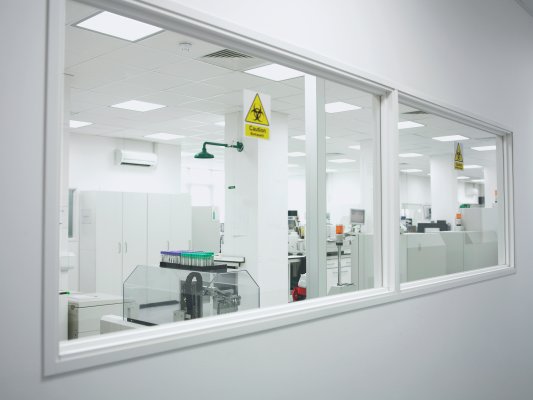 Experts Assess Prospect of Ebola Falling in Wrong Hands
Next Up: Editor's Pick