Scientists in Mongolia’s Gobi Desert have unearthed fossils that have allowed them for the first time to build a complete picture of one of the more bizarre-looking dinosaurs.

Deinocheirus mirificus, which means “unusual horrible hand” in Latin, has stunned scientists with its strange combination of features, according to a study in the journal Nature.

The recently discovered 70 million-year-old fossils suggest deinocheirus was humpbacked, had a ”beer-belly,” tufts of feathers and wide hips and feet that caused it to waddle.

“This is an entirely new body plan,” said Stephen Brusatte, a paleontologist at the University of Edinburgh in the U.K.

The fossils add to bones that were discovered 50 years ago. Back then scientists thought deinocheirus was smaller and fiercer, now they believe it was about the size of Tyrannosaurus rex, Nature reports.

Scientists used data gathered from the fossils to create a video of what the dinosaur may have looked like and how it may have walked. 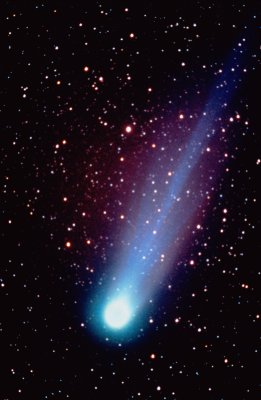 What's Cooler Than One Comet? A Storm of Them
Next Up: Editor's Pick