A giant steel Christmas tree lit up at the western mountain peak known as Aegibong in Gimpo, South Korea on Dec. 21, 2010.
Lee Jin-man&mdash;AP
By Maya Rhodan

A South Korean Christmas tree tower that shone near the border of North Korea has been taken down, about a week after officials from the two countries convened for the first time since 2007.

The tower, which stood approximately 2 miles from the North Korean line, was first mounted in 1971, the BBC reports. The North Korean government, which is officially atheist, had long seen the tree as religious propaganda, because South Koreans often lit the tree up during the Christmas season and mounted a cross at its peak.

South Korea stopped lighting the tower in 2004 as relations between the North and South improved, the Guardian reports. In 2010 and 2012, however Christian groups again lit the tree tower in the wake of attacks that killed 50 South Koreans.

South Korean officials, however, said the tree was not taken down to reconcile differences between North and South Korea, but rather as a precaution because it could collapse. 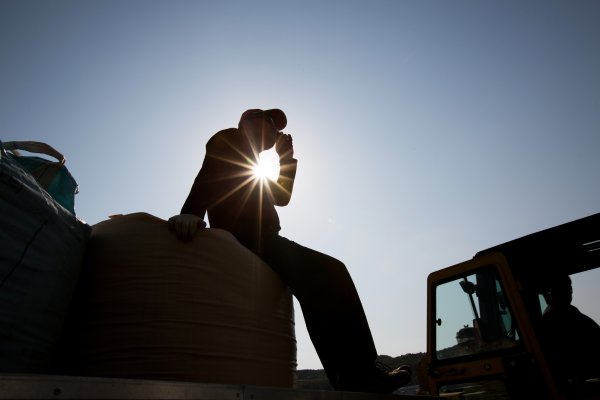