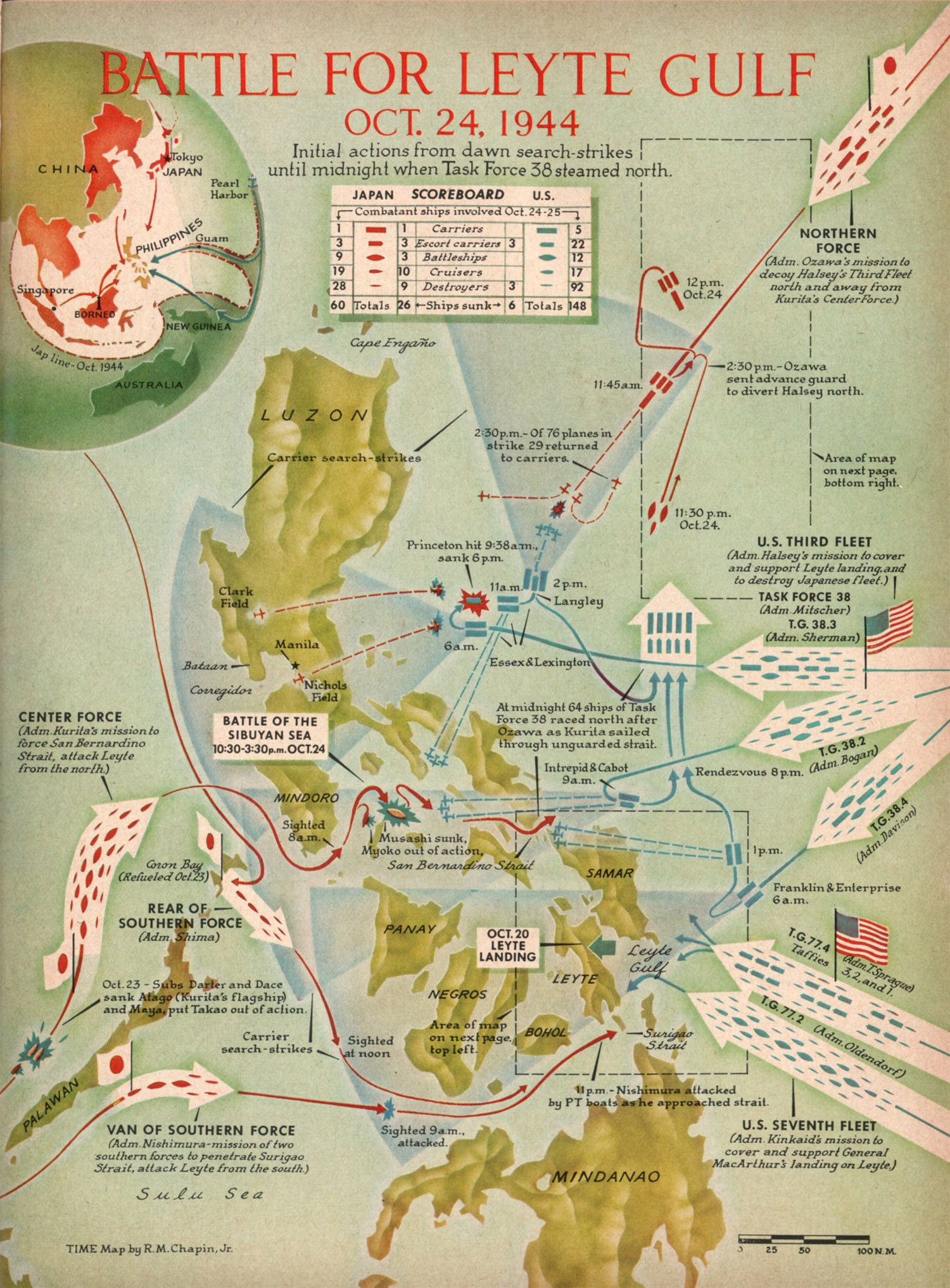 In 1959, reflecting on the Battle of Leyte Gulf from a distance of 15 years, TIME declared that the World War II engagement — between the Japanese navy and U.S. troops on and around the island of Leyte, which the U.S. had taken a few days before — was “the greatest battle in the history of naval warfare.” (The map above is from that issue; roll over to zoom on a desktop or click if you’re viewing on mobile.)

The battle began on Oct. 23, 1944, when Vice Admiral Takeo Kurita of Japan led a fleet into the region and was flushed out by U.S. submarines. Over the course of three days of heavy fighting, the U.S. troops crippled the Japanese navy — and in the process made clear that old-fashioned line-of-battle style naval warfare no longer made sense, ending a military tradition that had been in place for centuries.

The battle was also a crucial step in General Douglas MacArthur‘s making good on his famed 1942 “I shall return” promise to the Philippines. But the troops weren’t the only Americans there — TIME correspondents were also in the area, sending dispatches back to the office. In the magazine’s Oct. 30, 1944, letter from the publisher, TIME explained how the process worked:

Read TIME’s full 1959 remembrance of the Battle of Leyte Gulf, here in the archives: Greatest & Last Battle of a Naval Era

The Death of Klinghoffer and What Actually Happened on the Achille Lauro
Next Up: Editor's Pick