Dear Brittany Maynard: Our Lives Are Worth Living, Even With Brain Cancer

This undated photo provided by the Maynard family shows Brittany Maynard.
AP
Ideas
By Philip G. Johnson
Philip Johnson is a Catholic seminarian from the Diocese of Raleigh who has terminal brain cancer.

Last week I came across the heartbreaking story of Brittany Maynard, a 29-year-old woman who was diagnosed with terminal brain cancer one year after her wedding. When doctors suggested that she might only have six months to live, she and her family moved from California to Oregon in order to obtain the prescriptions necessary for doctor-assisted euthanasia. She is devoting her last days to fundraising and lobbying for an organization dedicated to expanding the legality of assisted suicide to other States.

Brittany’s story really hit home, as I was diagnosed with a very similar incurable brain cancer in 2008 at the age of 24. After years of terrible headaches and misdiagnosis, my Grade III brain cancer (Anaplastic Astrocytoma) proved to be inoperable due to its location. Most studies state that the median survival time for this type of cancer is 18 months, even with aggressive radiation and chemotherapy. I was beginning an exciting career as a naval officer with my entire life ahead of me. I had so many hopes and dreams, and in an instant they all seemed to be crushed. As Brittany said in her online video, “being told you have that kind of timeline still feels like you’re going to die tomorrow.”

I was diagnosed during my second Navy deployment to the Northern Arabian Gulf. After many seizures, the ship’s doctor sent me to the naval hospital on the Persian Gulf island nation of Bahrain, where my brain tumor was discovered. I remember the moment I saw the computer images of the brain scans – I went to the Catholic chapel on base and fell to the floor in tears. I asked God, “why me?” The next day, I flew home to the United States to begin urgent treatment. A few months after radiation and chemotherapy, I was discharged from the Navy and began formation for the Roman Catholic priesthood, a vocation to which I have felt called since I was 19 years old. Despite all of the hardships and delays in my training and formation over the past six years, I hope to be ordained to the transitional diaconate this Spring and to the priesthood one year later.

I have lived through six years of constant turmoil, seizures and headaches. I often changed hospitals and doctors every few months, seeking some morsel of hope for survival. Like Brittany, I do not want to die, nor do I want to suffer the likely outcome of this disease. I do not think anyone wants to die in this way. Brittany states relief that she does not have to die the way that it has been explained that she would – she can die “on her own terms.” I have also consulted with my doctors to learn how my illness is likely to proceed. I will gradually lose control of my bodily functions at a young age, from paralysis to incontinence, and it is very likely that my mental faculties will also disappear and lead to confusion and hallucinations before my death. This terrifies me, but it does not make me any less of a person. My life means something to me, to God, and to my family and friends, and barring a miraculous recovery, it will continue to mean something long after I am paralyzed in a hospice bed. My family and friends love me for who I am, not just for the personality traits that will slowly slip away if this tumor progresses and takes my life.

Obviously, I have lived much longer than originally expected, and I attribute this to the support and prayers of others who have helped me to keep a positive outlook. I will never claim that I have dealt with my illness heroically or with great courage, no matter what others might observe or believe from my reserved disposition. I am shy and introverted, so I have not let many people become aware of the depth of my suffering. There have been times over the past six years that I wanted the cancer to grow and take my life swiftly so that it would all be over. Other times, I have sought forms of escape through sin and denial just to take my mind off of the suffering and sadness, even if only for a few moments. However, deep in my heart I know that this approach is futile. My illness has become a part of me, and while it does not define me as a person, it has shaped who I am and who I will become.

In Brittany’s video, her mother mentions that her immediate hope was for a miracle. My response to my diagnosis was the same – I hoped for a miraculous recovery so that I would not have to deal with the suffering and pain that was likely to come. However, I now realize that a “miracle” does not necessarily mean an instant cure. If it did, would we not die from something else later in our lives? Is there any reason that we deserve 15, 20, or 30 or more years of life? Every day of life is a gift, and gifts can be taken away in an instant. Anyone who suffers from a terminal illness or has lost someone close to them knows this very well.

I have outlived my dismal prognosis, which I believe to be a miracle, but more importantly, I have experienced countless miracles in places where I never expected to find them. Throughout my preparation for the priesthood I have been able to empathize with the sick and suffering in hospitals and nursing homes. I have traveled to Lourdes, France, the site of a Marian apparition and a place of physical and spiritual healing that is visited by millions of pilgrims each year. I have had the great opportunity to serve the infirm there who trust in God with their whole hearts to make sense of their suffering. Through my interaction with these people, I received much more than I gave. I learned that the suffering and heartache that is part of the human condition does not have to be wasted and cut short out of fear or seeking control in a seemingly uncontrollable situation. Perhaps this is the most important miracle that God intends for me to experience.

Suffering is not worthless, and our lives are not our own to take. As humans we are relational – we relate to one another and the actions of one person affects others. Sadly, the concept of “redemptive suffering” – that human suffering united to the suffering of Jesus on the Cross for our salvation can benefit others – has often been ignored or lost in modern times. It is perfectly understandable that medication should be made available to give comfort and limit suffering as much as possible during the dying process, especially during a terminal illness, but it is impossible to avoid suffering altogether. We do not seek pain for its own sake, but our suffering can have great meaning if we try to join it to the Passion of Christ and offer it for the conversion or intentions of others. While often terrifying, the suffering and pain that we will all experience in our lives can be turned into something positive. This has been a very difficult task for me, but it is possible to achieve.

There is a card on Brittany’s website asking for signatures “to support her bravery in this very tough time.” I agree that her time is tough, but her decision is anything but brave. I do feel for her and understand her difficult situation, but no diagnosis warrants suicide. A diagnosis of terminal cancer uproots one’s whole life, and the decision to pursue physician-assisted suicide seeks to grasp at an ounce of control in the midst of turmoil. It is an understandable temptation to take this course of action, but that is all that it is – a temptation to avoid an important reality of life. By dying on one’s “own terms,” death seems more comfortable in our culture that is sanitized and tends to avoid any mention of the suffering and death that will eventually come to us all.

Brittany comments, “I hope to pass in peace. The reason to consider life and what’s of value is to make sure you’re not missing out, seize the day, what’s important to you, what do you care about – what matters – pursue that, forget the rest.” Sadly, Brittany will be missing out on the most intimate moments of her life – her loved ones comforting her through her suffering, her last and most personal moments with her family, and the great mystery of death – in exchange for a quicker and more “painless” option that focuses more on herself than anyone else. In our culture, which seeks to avoid pain at any cost, it is not difficult to understand why this response is so common among those who suffer.

I have experienced so much sadness due to my illness, but there have also been times of great joy. The support I have received from others encourages me to keep pushing on. I want to be a priest, I want to see my three young nephews grow up, and these goals give me the hope to wake up each day and live my life with trust.

I will continue to pray for Brittany as she deals with her illness, as I know exactly what she is going through. I still get sad. I still cry. I still beg God to show me His will through all of this suffering and to allow me to be His priest if it be His will, but I know that I am not alone in my suffering. I have my family, my friends, and the support of the entire universal Church. I have walked in Brittany’s shoes, but I have never had to walk alone. Such is the beauty of the Church, our families, and the prayerful support that we give to one another.

May Brittany come to understand the love that we all have for her before she takes her own life, and that if she chooses instead to fight this disease, her life and witness would be an incredible example and inspiration to countless others in her situation. She would certainly be an inspiration to me as I continue my own fight against cancer.

Philip Johnson is a Catholic seminarian from the Diocese of Raleigh who has terminal brain cancer. This article was originally published on DioceseOfRaleigh.org. 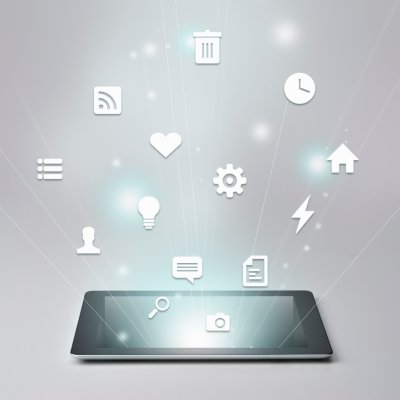 4 Ways Health Tracking Apps Can Change Your Life
Next Up: Editor's Pick