"All dresses shall consist only of cloth sufficient for the body basic and the trimming allowance. The trimming allowance for non-transparent materials shall be limited to 700 square inches for all sizes, in excess of that required for the basic," reads WPB (War Production Board) order L-85 as amended
Library of Congress
By Laura Stampler

In the world of women’s clothing, a 4 is a 2 is a 6. Everything is relative — unless, of course, you’re shopping in Brandy Melville’s teen-“friendly” SoHo store, where the only size is small. (“One-size” reads labels that don’t even bother with the usual “fits all” addendum.)

One of the most infuriating American pastimes occurs within the confines of a dressing room. But where do these seemingly arbitrary sizes come from? Sit down, unbutton your pants and enjoy a condensed briefing on women’s clothing measurements:

“True sizing standards didn’t develop until the 1940’s,” says Lynn Boorady, fashion and textile technology chair and associate professor at Buffalo State University. “Before then sizes for young ladies and children were all based on age — so a size 16 would be for a 16-year-old — and for women it was about bust measurement.”

Suffice it to say, assuming all 13-year-old girls and 36-in.-bust women were created equal proved problematic. “Mostly it was assumed that the women in the house would know how to sew,” Boorady says.

But consumers — and the booming catalog industry, which proliferated as Americans moved to more rural areas — were ready for change. In a 1939 article titled “No Boondoggling,” TIME explored the Department of Agriculture’s effort to standardize women’s clothes, an effort that had been inspired by the fact that U.S. manufacturers guessed it was costing them $10 million a year not to have set sizes. “Each subject — matron, maid, scrubwoman, show girl — will be [measured] in 59 different places,” the article read.

The data of 15,000 women was collected by Ruth O’Brien and William Shelton, and while the project was impressive — “especially considering they didn’t have computers to analyze the data,” Boorady says — it didn’t exactly solve the problem.

“It was flawed for many reasons,” agrees Parsons School of Fashion professor Beth Dincuff Charleston. “They didn’t really get a cross-section of American women… It was smaller than what the national average should be.”

Since the survey was done on a volunteer basis, it was largely made up of women of a lower socioeconomic status who needed the participation fee. It was also primarily white women. And the measurements still primarily relied on bust size, assuming women had an hourglass figure.

Then in the late 1940s, the Mail-Order Association of America, representing catalog businesses including Sears Roebuck, enlisted the help of the National Bureau of Standards (now the National Institute of Standards and Technology) to reanalyze the sizing — often using the measurements of women who had served in the air force, some of the most fit people in the country — creating a 1958 standard that was largely arbitrary. Sizes ranged from 8 to 38 with height indications of tall (T), regular (R), and short (S), and a plus or minus sign when referring to girth.

Read more: 6 Items You Should Wear To Achieve World Domination

There was no size zero, let alone the triple zeroes that sometimes are displayed in stores today.

As American girth increased, so did egos. And thus began the practice of vanity sizing. Over the decades, government size guidelines were heeded less and less, items of clothing began getting marked with lower numbers and eventually, in 1983, the Department of Commerce withdrew its commercial women’s clothing size standard altogether. A private organization called ASTM International began publishing its own sizing tables in 1995.

Now, stores often size based on their own preferences, which can make for frustrating online shopping experiences — modern-day catalog browsing — unless you already know your exact size.

But are we doomed to a future of sizing confusion? Maybe not. Parsons’ Dincuff Charleston notes that new technologies might be welcoming a new era of customized clothing. “Body measurements are so advanced now — with 3-D scanning, digital changing rooms — I think that people will have options for better fitting clothing,” she says. “And with 3-D printers, maybe you’ll be printing your own clothing.” 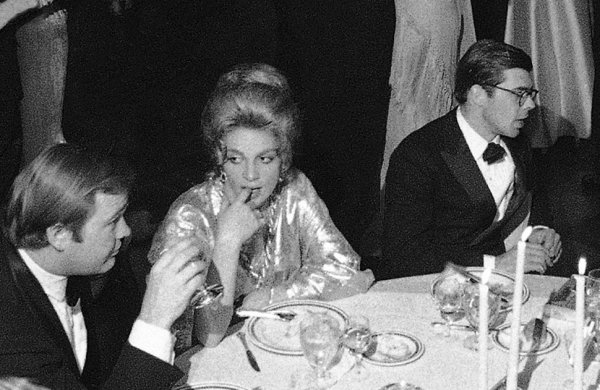