The Secret to Getting a Ridiculously Cheap Thanksgiving Flight

For years, travel search engines have scoured through their dense databases to determine the best day to book your Thanksgiving flights. This year, like every year, there’s a lot of mixed messages on what to do if you’ve procrastinated on booking tickets. Here’s what the big players are advising for cheap domestic U.S. air tickets:

So what’s the takeaway? It’s better to be safe and book flights now, but you if you’re a risk taker, you can wait until the beginning of November to book your flights. But try not to wait until the week of Thanksgiving. It’s also important to weigh the risks of an unexpected fare hike in light of what your benefits of waiting actually are. These hyped “savings” are usually only about 5 to 10% less than the average fare, which amounts to $15 to $30 if your ticket costs $300.

In fact, since airline fares are notoriously difficult to understand, often the better question to ask is what not to do when you’re booking Thanksgiving flights.

Here are a few tips that travel search engines all agree on:

Airfares increase as flights get fuller, and the Wednesday and Sunday flanking the Thanksgiving holiday are when the most people are traveling. A simple airfare search shows just how much more expensive it is to book travel on one of these days. In some cases, fares are up to twice as high.

If you have to book for Wednesday or Sunday, then book your tickets as early as possible.

If you’re locked into a Wednesday departure flight, aim for a Friday or Tuesday return flight, which is around 25% cheaper than returning on Saturday, Sunday or Monday, according to an analysis by Cheapair.

Booking a return flight on Sunday results in the most dramatic airfare spike, and there’s not really much you can do to save money other than to book your departure flight on Thanksgiving Day. But the tradeoff of sacrificing a chunk of your holiday is a discount of only about 10%, so it may make more sense to pick a different day—even if it’s Wednesday. In general, having a Sunday return flight means you’re stuck with a sky-high ticket price.

Consider booking a departure flight or return flight on Thanksgiving Day—or both.

If you depart and return on Thanksgiving Day, your fare may be up to 30% cheaper than the average price, according to Kayak. And even if you only depart (and not return) on Thanksgiving, those savings are particularly meaningful when applied to longer, more expensive flights. For example, flying the JFK-LAX route departing on Thanksgiving instead of the day before can save you nearly $100.

If you’re booking as a family and there are only a few flights left in the lowest fare category, it’s possible the airline will bump the entire party up to the next fare category, according to Cheapair. That doesn’t mean you can’t travel as a family, though: you just might have to book each person’s ticket individually.

Check other smaller airports nearby.

There’s often regional and even international airports near the ORDs, JFKs and LAXs of major U.S. cities. If you’re in Chicago, for example, consider Chicago Midway Airport instead of O’Hare; if you’re in Los Angeles, consider Long Beach Airport instead of LAX. Both are cheaper airports than their neighboring giants, according to Cheapflights.com, which ranked the nation’s 101 most affordable airports.

The five biggest U.S. airlines—American, United, Delta, Southwest and JetBlue—all increased their base fares slightly despite lower fuel prices and a worldwide fear of Ebola. While the effect on consumers is not yet clear, it’s also worth checking out smaller airlines like Spirit, Frontier and Virgin.

Read next: The Old Advice on When to Buy Flights Is Wrong (And So Is the New Advice) 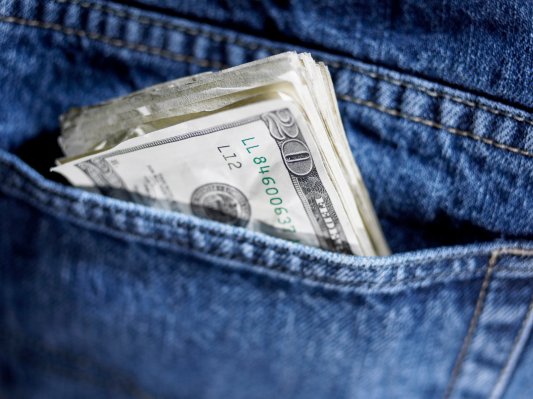 Here's Exactly How You Waste $1,700 Every Year
Next Up: Editor's Pick