Ashley King of Walkersville came out to send a positive message to Nina Pham, a nurse who treated Thomas Duncan, the Liberian man, who died of Ebola, who was flown into Frederick Airport and transferred to NIH to treat her now that she has Ebola October 16, 2014 in Frederick, Maryland.
The Washington Post/Getty Images
By Jack Linshi

The clinical status of the first of two Dallas nurses to contract Ebola has been upgraded from “fair” to “good,” the National Institutes of Health (NIH) said Tuesday.

Nina Pham, 26, had been transferred Thursday to the NIH Special Clinical Studies Unit in Maryland, where a doctor said in a statement that she was in fair condition and resting comfortably. The NIH also said that Pham has expressed gratitude for her well-wishers, but that “no additional details are available at this time.”

The unit where Pham is being treated has a staff of 50 to 60 personnel who are trained to deal with biohazards like the Ebola virus, Dr. Anthony Fauci, director of the NIH’s National Institute of Allergy and Infectious Diseases, said Friday. While Fauci did not disclose Pham’s treatment plan, he revealed that Pham had already received plasma donated from Ebola survivor Dr. Kent Brantly.

Pham, who last week released a tearful video from inside her Texas isolation unit, is the first known person to develop Ebola within the United States. Pham contracted the virus at Dallas’ Texas Health Presbyterian Hospital while treating Thomas Eric Duncan, the first person to be diagnosed with Ebola in the U.S. Duncan died of the virus Oct. 8.

A second Dallas nurse who worked alongside Pham in Duncan’s treatment was also diagnosed with Ebola two days after Pham’s diagnosis.

Correction: The original version of this story misstated the name of the NIH. It is the National Institutes of Health. 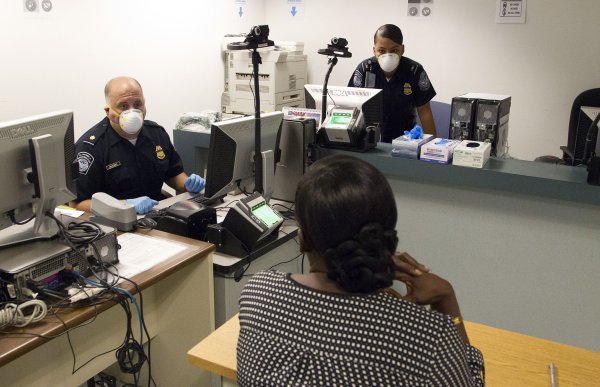