The San Francisco Board of Supervisors voted 7-4 Tuesday to legalize short-term rentals facilitated by companies like Airbnb, while requiring hosts who use such services to collect taxes like more typical hotel operators do. If Mayor Ed Lee approves the proposal, home-sharing will officially be legal in the City by the Bay.

The new law, proposed by Board President David Chiu in April, also sets up a regulatory framework for this branch of the sharing economy, including a registry for all hosts and rules about who is and is not allowed to offer tourists a place on their couch. The final vote came after months of debate, hearings and lobbying on both sides.

“Everyone agrees that the status quo is not working,” Chiu told TIME shortly before the vote. “We have seen an explosion of short-term rentals without any regulatory or enforcement structure to handle this new activity. . . . This is a balanced, reasonable approach.”

An op-ed from California Sen. Dianne Feinstein arguing against the legislation, published by the San Francisco Chronicle on Monday, helped reignite previous debates about whether the legislation should include amendments limiting rentals to a total of 90 days per year (in order to help preserve the “residential character” of neighborhoods) or requiring that all hosting platforms pay back taxes before the law goes into effect.

Both amendments eventually failed. Those who supported the back tax requirement, which Feinstein called “commonsense,” said that companies like Airbnb should have been collecting and remitting hotel taxes since they started operating. Those who opposed the back taxes amendment argued that there might be drawn-out legal battles over those bills, saying the city could not afford to wait to start regulating short-term rentals—especially because, under the new law, business facilitated by companies like Airbnb will funnel an estimated $11 million per year into the city’s coffers.

Those opposed to the 90-day limit, meanwhile, argued it would limit the amount of income available to hosts who rely on short-term rentals to maintain their residence in the city. Before this law was passed, San Francisco prohibited any rentals for less than 30 days, a rule put in place to help preserve rental stock for full-time San Franciscans rather than tourists.

The new law will allow locals to rent out only their primary residences, a caveat meant to stop landlords who have taken apartments off the market to rent them out full-time on platforms like Airbnb as long-time residents struggle to find housing.

Chiu said that Airbnb fought many pieces that were in the final version of the legislation, such as the tax-collection requirement and the mandate that every host has insurance coverage. “No one got everything they wanted,” he said. Renters must also adhere to their existing contracts. The new law does not, for instance, trump any lease that prohibits a person from renting out their apartment, though it does prevent them from being evicted on their first offense.

At the Tuesday hearing, short-term rental supporters filled the seats of the hearing room in City Hall, raising their arms and twiddling their fingers in support of lawmakers who made arguments for the legislation. And they broke into cheers, despite the prohibition on noise-making, after it passed.

“This is about real, live people of San Francisco who rely on home-sharing . . . to put a new roof on their house, to put their kids through college,” Supervisor Scott Wiener said during the debate, to much finger twiddling. “What we’re doing is allowing people to actually make ends meet.” 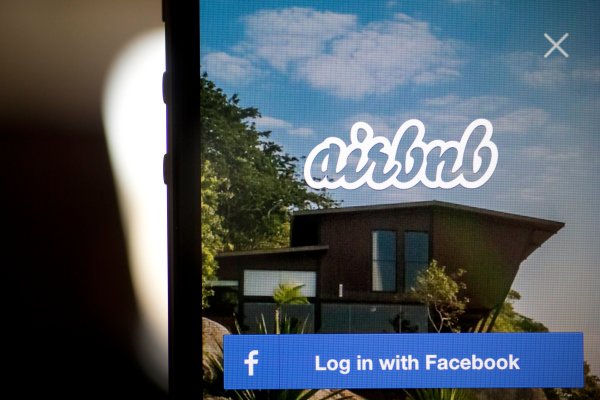 San Francisco Moves to Legalize Airbnb, But With Restrictions
Next Up: Editor's Pick