Halloween Scare Tactics: The Most Terrifying Ads of the 2014 Election

Beheadings. Murder. Rape. Foreign invaders. Deadly disease outbreaks. The 2014 news cycle has given political ad makers a lot to work with as they try to scare voters to the polls this fall. There are still two weeks left until Election Day, and many of the ads released in the cycle’s most competitive races seem better fit for next week’s Halloween festivities than democratic debate. Here are some of the most frightening ads of the 2014 Election—so far.

Democratic Senate candidate in Michigan Rep. Gary Peters has been tied to a convicted felon who was connected to a loan shark ring, so naturally the state’s Republican party released an ad about it. And, to top it off, the ad is Sharknado-themed. This one—featuring a cartoon Peters in a Hawaiian shirt running from a “loan sharknado”—is likely more ridiculous (and honestly, a little comical) than scary, but it is lit like a haunted house and there are sharks falling from the sky.

Nebraskan Congressional candidate Brad Ashford received the Willie Horton treatment in an ad released by the National Republican Congressional Committee. The NRCC tied the Democratic state Senator to the early release of a violent felon who murdered four people less than a month after he was released from prison. In the ad, the Democratic state Senator who is challenging Incumbent Rep. Lee Terry is called out for supporting a “good time law” that allows convicted felons to earn early release. Democrats have blasted the ad as not only misleading, but also racist.

Louisiana Democrat Sen. Mary Landrieu is in a tight race to keep her seat and both sides have traded jabs throughout the cycle. This ad featuring an ominous soundtrack and home invasion was the National Rifle Association’s effort to paint Landrieu as anti-gun—Politifact gave the NRA’s claims a rating of “pants on fire.”

Following the summer’s influx of child migrants across the southwestern border, immigration reform was set to be an easy target during the election, but the threat of Islamic terrorist group ISIS provided a surprising twist for immigration themed attack ads like this one against Senator Jeanne Shaheen of New Hampshire. The Department of Homeland Security has said there is no “credible threat” to the U.S. from ISIS terrorists and that there are no known plots by the terrorist organization to slip over the southern border. But that hasn’t stopped the specter of terrorist invasions from making it into attack ads.

A progressive group released what is arguably the most terrifying of the election cycle, blaming budget cuts supported by Republicans for the government’s response to the Ebola outbreak in West Africa that has now trickled into the U.S. The ad switches between Republican lawmakers calling for more cuts and images of dead bodies, hazmat suits and haunting statistics on cuts to health care spending. Cut, cut, cut. The rapid fire montage tactic follows the lead of Alfred Hitchcock famous Psycho shower scene.

A number of nasty ads have come out of the Texas gubernatorial race between state Senator Wendy Davis and Texas Attorney General Greg Abbott, but few have garnered the attention of the creepy ad that claims Abbott sided with a company whose employee raped a woman in her home. The ad comes across like an episode of Dateline, complete with a grim black and white filter. 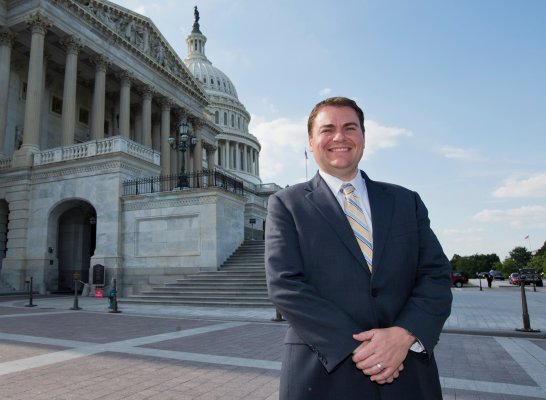