Annie Lennox: 'Twerking Is Not Feminism'

After making headlines for asserting that Beyoncé represents feminism “light” last month, singer Annie Lennox expanded on that during an interview with NPR published Tuesday to promote her new album Nostalgia.

“Listen,” Lennox told Steve Inskeep, “Twerking is not feminism. Thats what I’m referring to. It’s not, it’s not liberating, it’s not empowering. It’s a sexual thing that you’re doing on a stage; it doesn’t empower you. That’s my feeling about it.”

Lennox clarified that her comment about “feminist light” figures weren’t directed specifically towards Beyoncé, but rather all sexualized female performers.

“The reason why I’ve commented is because I think that this overt sexuality thrust, literally, at particular audiences, when very often performers have a very, very young audience, like seven years [old], I find it disturbing and I think its exploitative, and it’s troubling,” she said. “I’m coming from a perspective of a woman that’s had children.”

You can listen to the whole interview below: 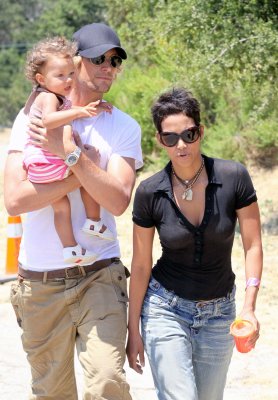 Halle Berry's Child-Support Fight: Female Breadwinners Can't Have It Both Ways
Next Up: Editor's Pick