For pop stars in the last several years, paying homage to gay fans has become something of a tradition. As society at large has grown more and more attuned to gay civil rights, Top 40 radio has followed suit; it helps that gay men are a particularly large and vocal segment of the pop-music audience. Now, Taylor Swift has become the latest to join a swelling chorus with a pleasantly low-key shout-out in her new song that steers clear of theatrics in favor of simple emotion.

In the first track on her new album 1989, entitled “Welcome to New York,” Swift sets up New York, her current home, as a place of unparalleled freedom, including for gay people: “You can want who you want,” she sings, “Boys and boys and girls and girls.” A full-throated cry for marriage equality or an end to bullying it isn’t. But its simple declarativeness fits the tenor of the times.

The pop stars who’ve come before Swift have been far more theatrical in their equal-rights activism. Lady Gaga has made advocacy a cornerstone of her career, from her single “Born This Way,” with its support for “lesbian, transgender life,” to her claims that the 2010 Video Music Awards “meat dress” was an anti-Don’t Ask, Don’t Tell statement. Songs as vague in their uplifting lyrics as “Firework,” by Katy Perry, and “We R Who We R,” by Kesha, were widely read as having particular meaning for gay youth. And one could argue they’re all aping Madonna, who’s built a career out of engaging with and speaking directly to the sort of gay club audiences who already knew what voguing was before “Vogue” came out.

But times have changed rapidly: “Born This Way” came out in 2011, and “Firework” and “We R Who We R” in 2010. Though the gay community has much still to overcome, the issue of equality no longer seems like one that requires song-length shout-outs. Instead, we get songs like “Welcome to New York,” which tells listeners that whomever they love, they’re okay — not fabulous, or glamorous, or a firework, but well on their way to figuring life out. It shares an approach with the similarly approachable country song “Follow Your Arrow,” by Kacey Musgraves, which encourages listeners to use marijuana if they want, get married (or not) if they want, and date members of the same gender if they want. It’s appealingly low-drama.

We’ve moved past the point, in music, where sexuality is a solely defining trait. While songs like “Born This Way” and approaches like Britney Spears declaring “I love all my gay boys” make music listening into a statement of identity politics, “Welcome to New York” takes a subtler tack. It, and “Follow Your Arrow,” tell listeners to be proactive in finding happiness, while in “Born This Way,” “Firework,” and “We R Who We R,” being oneself was an automatic ticket to liberation. In “Welcome to New York,” discovering one’s sexuality is a part of finding happiness — but only a part.

To this point, Swift has been something of a rarity: A pop star who’s remained largely silent on gay issues and her gay fans. In her defense, Swift has, until now, been balancing a pop career and a country one. She’s had to keep one foot in a genre that’s all about gay fans and the other in a genre that’s largely silent on the topic. But, having declared her new album her first official pop record, Swift seems empowered to craft a more nuanced sort of pro-gay message. There’s all kinds of self-confidence, evidently, that one can draw from living in New York.

The original version of this story misstated the release year of Lady Gaga’s “Born This Way.” It was 2011.

Read next: Taylor Swift’s ‘Welcome to New York’ Is the Musical Equivalent of a Peppermint Latte 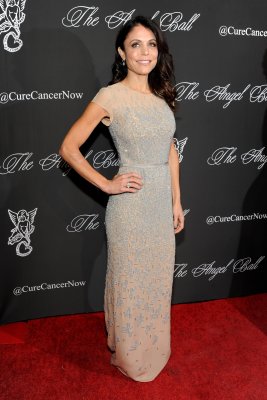 So What Has Bethenny Frankel Been Up To Since Leaving Real Housewives?
Next Up: Editor's Pick