A South Carolina Congressional candidate called same-sex couples “gremlins” out to “destroy our way of life” in a seven-minute Facebook video released Monday.

The video followed a lengthy statement the candidate posted to Facebook on Oct. 14 urging South Carolina voters to stand with him if they were for traditional marriage. “I made a comment that same-sex couples that want to destroy traditional marriage and our way of life, they’re gremlins,” said Republican Anthony Culler, who is challenging incumbent Democratic Rep. James Clyburn. “They’re these creatures that are so destructive.”

Culler went on say that while the 6th District where he’s challenging Clyburn is often referred to as “the black district” he believes it’s also a “Christian district” where many people share views like his.

“The people here—black, white, Democrat, Republican—we believe in family,” Culler said. “We believe in traditional family. We believe in the way that is has always been: one man, one woman. Government can make up any laws it wants to, it doesn’t make it right. Evil is evil. Wrong is wrong. “

The Republican has almost no chance of beating the 11-term congressman in the strongly Democratic district. The state Republican Party denounced Culler’s statements, saying “most people learned in kindergarten not to call other people names.”

“Our party believes in the conservative definition of marriage, but we also believe in loving our neighbors and treating them with respect,” South Carolina GOP chairman Matt Moore said. “Mr. Culler’s desperate, attention-seeking antics in no way represent the good, decent South Carolinians I’ve met across our state.” 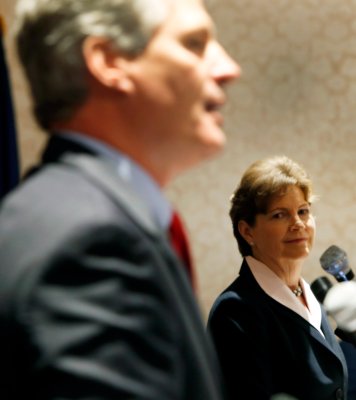