More than 5,000 health care and hospital infection control workers gathered at the Javits Center in New York City for an Ebola education session amid growing concern among hospital workers over Ebola preparedness.

“We are having a family meeting,” Kenneth Raske, president of the Greater New York Hospital Association (GNYHA) told TIME. “The turnout is spectacular. We may not answer every question [today], but we are committed to finding the answers.”

The event, which was streamed live nationwide, featured Centers for Disease Control (CDC) experts offering live trainings on how to safely care for patients with Ebola. It was hosted by the Healthcare Education Project from GNYHA/1199SEIU and Partnership for Quality Care.

“Regardless of immigration status, we will help them all,” said de Blasio, referring to the possibility of patients with Ebola coming into a New York City emergency room.

The session included a hands-on demonstration of personal protective equipment (PPE) led by Dr. Bryan Christensen of the CDC’s domestic infection control team for the Ebola response. On Oct. 20, the CDC revised its guidelines for Ebola-related care, recommending full-coverage PPE and supervision while taking PPE on and off.

Christensen supervised registered nurse Barbara Smith of Mount Sinai Health System as she demonstrated how to put on and take off all the pieces of PPE: sanitizing her hands, putting on her first set of gloves, sitting in a chair to put on her foot covers, donning her suit—and finally doing a little jig, to audience laughter, once she was completely suited. Afterward, she took off each piece, sanitized her gloves numerous times and checked for any holes. The entire process took 15 to 20 minutes, which the CDC said cannot be rushed.

CDC officials also reviewed Ebola care protocols in detail, from what to wear and how to discard linens (they can’t be washed) to the way hands should be washed and how to use an alcohol rub to clean gloves before removing them, something that is not usually part of standard procedure. For respiratory protection, the CDC recommends either a powered air purifying respirator (PAPR) or a disposable respirator like N95. Emory University Hospital uses the former; the Nebraska Medical Center uses the latter. “When we use equipment we are not used to, it makes it difficult,” said CDC’s Dr. Arjun Srinivasan. “The way we address this is practice, practice, practice.”

Massive education sessions like this have been held before over health threats like anthrax, H1N1 and smallpox. “We had to have this in a convention center to accommodate folks,” George Gresham, president of 1199SEIU United Healthcare Workers East told TIME. “Back in the 80s when the AIDS epidemic first started, I was a health care worker myself, and it was the unknown that was the mystery, and the fear, and I think that’s the same here. ”

The massive number of health care workers that crowded into the conference center proves that they crave more education about caring for potential Ebola patients. Even though some states, including New York, are identifying specific hospitals that will take in any Ebola patients for actual care, all health facilities have to be prepared for the possibility that a patient like Thomas Eric Duncan could walk through their doors.

The hope is that the session was helpful and positive. “I think this is another moment we can calm the public and reassure the public of health care workers’ commitment,” Gresham said. 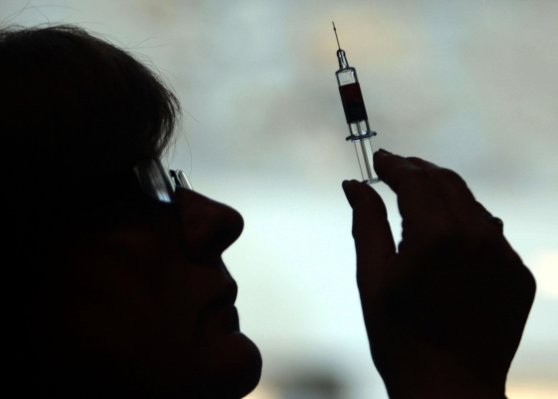 Ebola Fears Could Curb Flu
Next Up: Editor's Pick