Scientists Trace Back the First Sexual Act Ever, to Weird Ancient Fish

Scientists have discovered the origins of sex, and like anyone’s first time it sounds pretty awkward.

Now light some candles and let’s set the scene: The first act of copulation occurred in the nippy Scottish sea some 385 million years ago. The fornicators in question were a set of primitive jawed, bony fish aptly called Microbrachius dicki. The dirty details? Well, according to Australian paleontologist John Long, “With their arms interlocked, these fish looked more like they are square dancing the do-se-do rather than mating.”

Not only had scientists previously thought that the first sex act occurred on land at a later date, but Long says, “We didn’t expect these little suckers to have reproductive organs.”

But the M. Dicki were endowed, as is explained by Long and his colleagues in a paper that was published in Nature Monday. Although their genitalia are not described in romantic terms.

Long, a professor at Flinders University, explained to the BBC that the fish’s arms linked them together, “so the male can get this large L-shaped sexual organ into position to dock with the female’s genital plates, which are very rough like cheese graters. They act like Velcro, locking the male organ into position to transfer sperm.”

This is also the first species that displayed a different appearance between the male and female. 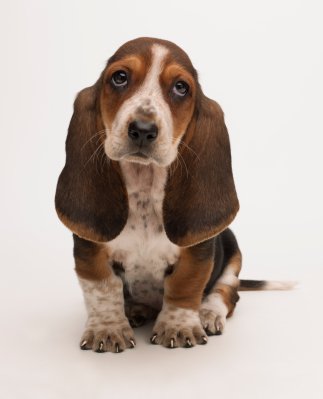 Dogs Can Be Pessimists, Too
Next Up: Editor's Pick