Amazon and Simon & Schuster have reached a multi-year agreement over the sale and pricing of print and digital books following the online retail giant’s falling out with the Hachette Book Group.

The publisher will set its own prices for e-books, while Amazon will promote Simon & Schuster titles on the site and be able to set discounts in certain situations as well, the Wall Street Journal reports.

“The agreement specifically creates a financial incentive for Simon & Schuster to deliver lower prices for readers,” Amazon said in a statement. The deal arrived two months before its contact with Simon & Schuster was set to expire.

Carolyn Reidy, the head of Simon & Schuster, wrote in a letter to authors and agents that the deal was “economically advantageous” for both the publisher and the retailer and that it “maintains the author’s share of income generated from e-book sales.”

Earlier this year, Amazon and Hachette had a much-publicized dispute over the price of e-books. Customers as a result can no longer pre-order Hachette titles on Amazon. Amazon will at some point renegotiate contracts withe other publishers Macmillan, Penguin Random House and HarperCollins. 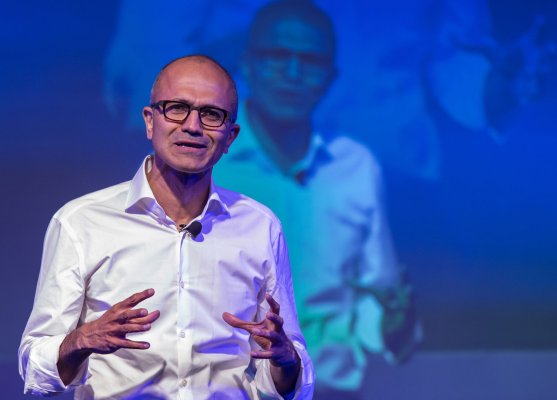 We Pay Men and Women Equally, Says Microsoft CEO
Next Up: Editor's Pick