Frenchman Rene Vietto tries to break away from Spanish rider Vicente Trueba as they climb the mountain pass of the Tourmalet (Col du Tourmalet) on July 23, 1934 during the 18th stage of the 28th Tour de France
AFP / Getty Images
By Lily Rothman

That’s considerably less than the prize pool available for the famously lucrative International Dota 2 video game championships, but it’s plenty to get excited about — especially compared to the money that used to be available for Tour de France winners.

When TIME first covered the world’s most famous cycling event, in 1934, only 60 competitors were entered (versus 198 today) and the stakes were much lower:

At least 1934’s racers could afford a train ticket, if not necessarily first class. And, as TIME wrote in its coverage of the race, that was important: “One race was so swift and grim,” reported the magazine, “that after the finish a rider was reported to have bought a train ticket over the route so that he could inspect the scenery.”

Read more: A Brief History of the Tour de France 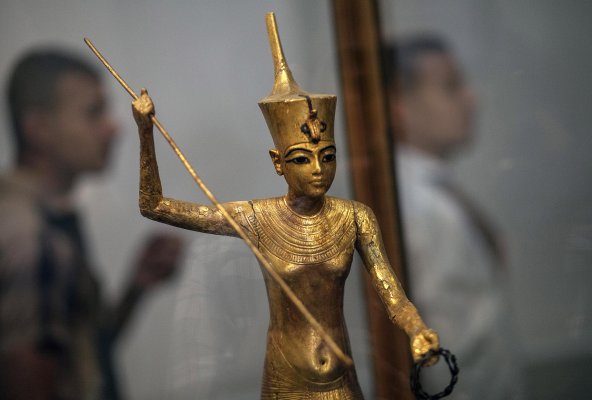 New Theory on King Tut's Death
Next Up: Editor's Pick