The Absurd Cost of Overreaction

A guy puts a plastic explosive in his shoes and now millions of us must take off our shoes at the airport. Terrorists know that, so the chance of shoe-bombing a plane is infinitesimal. With 100% certitude, we’re wasting millions of minutes of people’s time. We don’t think probabilistically.

One person in the U.S. has died of Ebola and we’re now spending a fortune on special training for every hospital worker in the country, screening passengers additionally at major airports, and talking of a worldwide travel ban. Congress, the Executive Branch, the CDC and related federal agencies, not to mention the news media, have reallocated much of their time and effort to Ebola. What is the probability that all that will save lives? Minuscule. Think of how many more lives could be saved if we directed all that money and effort, for example, to reducing the number of bicyclist deaths because car drivers aren’t conditioned to look for them? But we don’t think probabilistically. We overreact to the disaster du jour.

We spent a fortune trying to find Malaysia Flight 370 in the middle of the Indian Ocean, which covers 28.4 million square miles, 20% of Earth’s water surface, in hopes of finding information that could prevent future crashes. What are the odds of finding it, let alone providing information that ends up saving lives? Near zero. If you wanted to improve airline safety (not particularly necessary—it’s much safer to fly than to drive a car), you’d more likely do it, infinitely less expensively, by reviewing pre-flight inspection procedures to see if they might be improved. But we don’t think probabilistically. We overreact.

Even when respected leaders err, we overreact. For example, David Petraeus, a highly decorated four-star general, went on to be Director of the CIA, where he was respected by both Republicans and Democrats. Yet, when it was uncovered that he was having an extramarital affair with his biographer, he was forced to resign.

Some governmental overreaction isn’t unwillingness to think probabilistically. It’s politics. The administration feels the need to show that government is doing something—even if the cost is absurd. Alas, somehow, the media rarely discusses the cost-benefit ratio, let alone the opportunity costs of such efforts.

We are not immune

Of course, we, in our private lives, aren’t immune to overreaction:

You get dumped by a romantic partner or three and so fear you’re doomed to a life of celibacy. Overreaction.

You’re searching for a career. Someone tells you that one is bad. You then cross it off your list, failing to recognize that a sample size of one has little validity. Overreaction.

You apply for four jobs and don’t even get an interview. You assume you’re doomed to a McJob or less. Overreaction.

In 1982, when seven people died of Tylenol that had been laced with cyanide, the value of Tylenol’s manufacturer, Johnson & Johnson’s stock price lost 17.5% of its value in the first five trading days following the Tylenol incident, but in a little more than two months, it had gained it all back.

It’s not easy, but we should replace visceral reactions to a single experience or three with probabilistic thinking: What is the probability of such an event occurring in the future? What’s the cost-benefit of accepting that possibility? Of trying to prevent it? What could that effort otherwise be spent on? What action would yield the most good for you, your family, workplace, the larger society? Few exhortations could do more good for humankind than: Replace overreaction with probabilistic thinking. 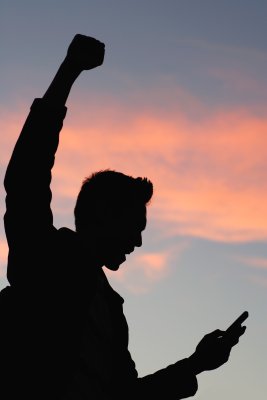 How Can You Use Technology to Make You Happier?
Next Up: Editor's Pick