President Barack Obama cast his ballot for November’s midterm elections on Monday during Illinois’ early-voting period, during a trip to the state to campaign with Democratic candidates.

When a poll worker if he was Barack Obama before handing the President his ballot, Obama replied, “That’s me.”

Obama declined reporters’ requests to say who he voted for, but he was in Illinois to campaign for Gov. Pat Quinn Sunday evening and appear at a fundraiser for the Democratic National Committee on Monday afternoon.

Immediately after voting, Obama stopped by a Quinn campaign office bearing donuts and pastries to inspect the get-out-the-vote effort for the Democratic governor. “Nothing like campaign fever,” he said.

“Michelle sent these,” Obama said of the treats, joking, “We got broccoli, carrots.” 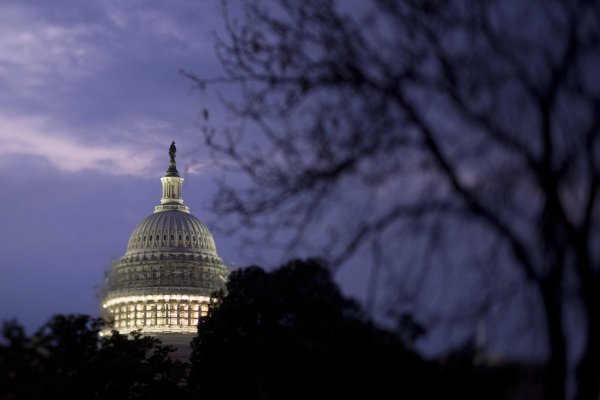 The Anxiety Election
Next Up: Editor's Pick