A dog named Avocado looks over a cliff overlooking the fog-covered Pacific Ocean while on a hike on Wednesday, Jan. 8, 2014, in San Francisco.
Marcio Jose Sanchez — ASSOCIATED PRESS
By Katy Steinmetz

According to Craigslist, there are about 14,867 apartments and houses available for rent in the San Francisco Bay Area as of late October. Limit those to apartments that are cat- and dog-friendly, and the rental stock plummets to less than one-third that number. But residents in Berkeley may soon find themselves less limited, if a new proposal to outlaw pet restrictions passes muster.

Berkeley City Councilman Jesse Arreguin is expected on Tuesday to officially ask the city’s housing and animal care commissions to explore the effects of banning “no pet” policies—laying groundwork for more specific legislation later on. If passed, such a law would be the first of its kind, according to housing industry groups and the American Society for the Prevention of Cruelty to Animals (ASPCA).

Arreguin’s office told TIME that while details are still in flux, the proposal could require all landlords to accept tenants’ pet dogs and cats, as well as “small house pets” ranging from rabbits to reptiles. The caveat for owners is that their animal must be able to be “reasonably accommodated” and must be well-behaved, not disturbing other renters. Owners could also become obligated to purchase pet insurance, and take care of any property damage caused by the pets, even if it exceeds their security deposit.

Arreguin’s chief of staff, Anthony Sanchez, says that the measure was partly born out of confusion over “emotional support animal” rules. In addition to state law allowing animals that help with disabilities such as blindness, renters can also currently get a note from their doctor saying they need Fluffy or Fido to help with conditions like anxiety. Sanchez says this has led to concerns from landlords about whether the renters truly have a legal basis for keeping their pet, as well as conflicts among tenants in buildings that generally do not allow pets.

“We noticed more and more tenants and landlords having disputes,” Sanchez says. “This seems like a way to address all those issues.” In other words, Arreguin believes that simply allowing all pets, but tightening regulation of how people care for their animals within a rental situation, would eliminate the confusion.

Many local landlords say this dog won’t hunt. Some have complained about potential property damage, like animals scratching up hardwood floors or leaving lingering smells. The caveat that animals be “reasonably accommodated,” Sanchez says, is meant to give landlords some leeway here—like saying that a Great Dane cannot be reasonably kept in a studio apartment, or that one renter cannot reasonably keep 12 cats nextdoor to a renter who is deathly allergic.

Arreguin’s office says such a law could help keep animals off the streets and out of shelters, given that some owners give up their pets when they move into a new apartment that won’t allow animals. Sanchez says that with the new law, it might be feasible to require pet owners to register, spay, tag and vaccinate their furry loved ones before a landlord allows them to occupy a unit.

The ASPCA tells TIME that the organization supports any efforts to get animals into homes. Legislative director Kevin O’Neill also noted that while “there are laws in place to limit landlords from banning pets mid-lease or requiring cats to be declawed as a condition of a lease, the ASPCA is not aware of any law that institutes a complete ban on pet restrictions for apartments.”

After hearing the proposal at Tuesday’s meeting, Berkeley’s city commissioners could take three or four months to return with a well-educated report on how to best propose the law. Until then, the city’s pets will be left nervously tapping their paws. 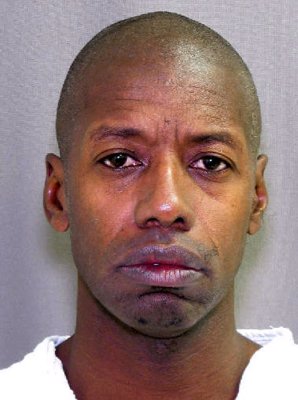