Darren Vann is a suspect in the slayings of seven women whose bodies were found in northwestern Indiana over the weekend.
Texas Department of Criminal Justice/AP

Authorities on Monday identified the suspect held in connection with seven bodies that were found across northwest Indiana over the weekend.

Hammond Police Chief John Doughty said in a press conference on Monday that Darren Vann, 43, of Gary, was detained after officers discovered the strangled body of a 19-year-old woman in a motel on Friday evening. Vann, who Doughty said was a convicted sex offender in Texas, had solicited Afrika Hardy in a “pay-for-service prostitution scheme” through a website.

“He admitted his involvement in the Hammond incident and had expressed an interest in notifying police of other criminal incidents he was involved with,” Doughty said, specifically about six more female victims in Gary.

One of those victims was Anith Jones, 35, who had been missing since Oct. 8 and whose body was discovered Saturday night. Five more bodies were discovered on Sunday, according to NBC Chicago, with two victims identified as Teairra Batey, 28, and Christine Williams, 36.

Mayor Thomas McDermott Jr. posted on Facebook before the press conference that the suspect was an “admitted serial killer” and “convicted sexual offender,” who “admitted to a couple of homicides in Hammond back in 94 or 95.” 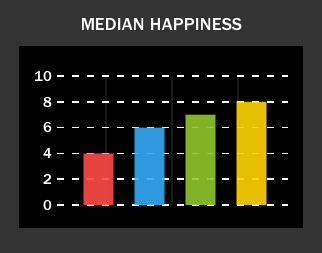 Quiz: How Does Your City Affect Your Happiness?
Next Up: Editor's Pick