A Lot of Men Got Vasectomies During the Recession

The recession was accompanied by a sharp increase in the number of American men who underwent vasectomies, according to research presented Monday, though it’s unclear if economic woes actually led to more procedures.

Researchers from Weill Cornell Medical College looked at survey data from the National Survey for Family Growth, which interviewed more than 10,000 men between 2006 and 2010, according to the American Society for Reproductive Medicine. They wanted to get a sense of how the economic downturn from 2007 to 2009 affected men’s decisions about having kids.

It’s important to note that the study, which is being presented at the American Society for Reproductive Medicine’s 70th Annual Meeting, does not prove causation, meaning it’s unclear whether men were undergoing surgery for financial reasons. Though the researchers do conclude that their findings suggest Americans may be factoring economics into family planning—which is not necessarily a new trend. 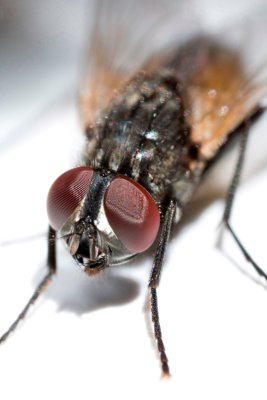 Pesky House Flies May Actually Improve Our Health
Next Up: Editor's Pick