There’s the new $199+ Kindle Voyage, the $119+ Kindle Paperwhite and the $79+ standard Kindle to choose from. Here’s a closer look at what you’re getting.

Choosing by screen size is easy since they’re all six inches diagonally. Things change once we dig into resolutions and lighting technology.

The standard Kindle has no light; the Paperwhite and Voyage both have built-in lights. They both max out at nearly the same brightness, although the Voyage looks a little cleaner and whiter, and can automatically adjust its screen brightness to match your environment.

All three devices feature touchscreens, though the Kindle Voyage features squeeze-able side bezels that allow you to turn pages back and forth as well. There’s a nice little vibration feedback with each press when using the Voyage.

Here’s a closer look at the $119 Paperwhite up against the $199 Voyage, with some analysis of all three models at the end:

Wondering which Kindle can hold the most books? The answer is yes. Yes to any of them: They all have four gigabytes of storage, good for over a thousand books.

They’re all incredibly portable. I’m not sure buying one over the other based on a tenth of an inch here or an ounce there makes a whole lot of sense, but those are the measurements.

The standard Kindle lasts up to four weeks on a single charge, assuming a half hour of reading each day with the wireless connection turned off. It fully charges within four hours.

The Kindle Voyage lasts up to six weeks on a single charge, assuming a half hour of reading each day with the wireless connection turned off and the light set at 10 (the max is 24). It fully charges within three hours.

The Kindle Paperwhite lasts up to eight weeks on a single charge, assuming a half hour of reading each day with the wireless connection turned off and the light set at 10 (the max is 24). It fully charges within four hours.

So as we see here, the Paperwhite actually has the best battery life. That’s probably a factor of its screen not having to push as many pixels around as the Voyage’s screen. The Paperwhite being ever so slightly thicker than the Voyage might make for a slightly higher-capacity battery as well.

That is the question. Adding a 3G cellular connection to your Kindle Paperwhite or Kindle Voyage adds $70 to the price tag, but results in being able to download books anywhere you have an AT&T signal — over 100 countries and territories are covered (see this map). There are no monthly service charges for downloading books, though you might incur added charges for downloading magazines and other periodicals.

If you read a lot of books and want to be able to download new ones frequently — especially while you’re on the move — the 3G version of whichever Kindle you’re considering is a no-brainer. If you’re going to be using the Kindle at home a lot or you’ll be around accessible Wi-Fi networks, save the $70.

To be clear, the new Kindle Voyage is an amazing e-book reader. It’s super portable, its screen is gorgeous and the added haptic-feedback page turns are a nice touch. However, the $119 Kindle Paperwhite is still a dynamite e-book reader and is a very worthy upgrade for $40 over the standard Kindle because of its higher-resolution screen and its built-in light. Making the $80 jump from the $119 Paperwhite to the $199 Voyage is simply a much tougher sell. 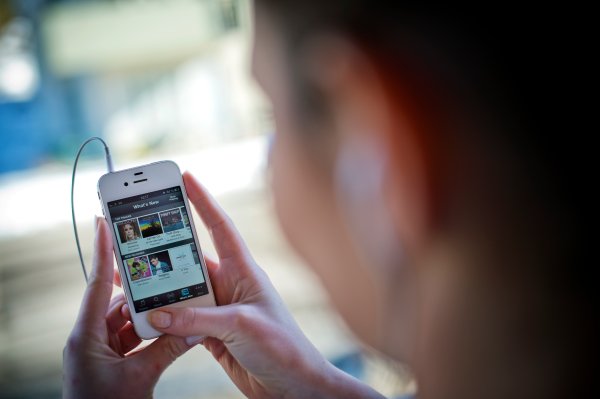 Spotify Finally Introduces a Family Plan
Next Up: Editor's Pick