How to Set Up Apple Pay on Your iPhone or iPad

Apple Pay, the newest “next big thing” out of Cupertino, hits shopping carts across the U.S. Monday both online and in stores. Paying with a swipe of your smartphone? That sounds like the stuff of the future. Or the stuff of Android phones since 2011. Or the stuff of Japan as far back as 2004. Regardless, it’s still a welcome leap for the 42.4% of American smartphone users who own an iPhone.

Here’s how to set up Apple Pay, the company’s new cashless, cardless way to pay.

Step 1: Get the right iDevice.

To use Apple Pay, you’ll need one of Apple’s latest devices, either an iPhone 6, iPhone 6 Plus, iPad Air 2, or iPad Mini 3. (Funny how it always works like that.) Older Apple mobile devices lack the new Secure Element chip, which encrypts and stores all the user’s payment information. So, even though the iPhone 5S has Touch ID, owners of that device still need to pay the old-fashioned way.

People with new iPhones can use Apple Pay for online transactions and in-store payments, while the iPads announced last week can only use the service for web purchases. That’s because the iPhones have a built-in Near Field Communication (NFC) antenna, which let users pay with a wave of the smartphone, while Apple’s tablets still lack NFC.

Next, you’ll have to update your iPhone’s operating system to iOS 8.1, due to be released Monday. Not to be confused with iOS 8.0.1, the update that crippled thousands of iPhones in its brief reign of terror, iOS 8.1 includes an array of anticipated features, like Apple Pay and the return of the Camera Roll.

Flick to the barren wasteland of your second or third homepage — or wherever else you’ve stuffed Passbook, since like most people, you probably rarely use it. Upon opening the app to set up Apple Pay, it will ask if you want to use your credit or debit card already on file for iTunes purchases or add a new card.

Step 4: Pick a Card, Not Quite Any Card

For those of you who opt not to use your iTunes account, Apple Pay currently works with Visa, Mastercard, and American Express. If you’re nervous about this newfangled technology, but too tempted to stay away, it might be wise to use a credit instead of a debit card so you won’t be out any cash should things go awry.

A cadre of cooperating banks were revealed at the service’s unveiling, including Bank of America, Barclays, Capital One, Chase, Citibank, Navy Federal Credit Union, PNC, US Bank, USAA, and Wells Fargo. If your bank isn’t listed here, it still may be a part of the service. Everyone wants to party with Apple, and other banks have signed on since the service’s announcement in September.

When you ask Passbook to load a new card into Apple Pay, it activates your iPhone’s camera and prompts you to snap a photo of your card. Apple analyzes this image and interacts with your bank to confirm that it indeed belongs to you. Once that magic happens, a generic-looking image of your card appears in your Passbook app. Just tap on it when you want to use it.

It’s worth noting that the Passbook app doesn’t display your card number. Apple doesn’t even actually store your credit card number, nor does it give the number to merchants. Instead, Apple Pay creates a “device-only account number” which is stored on your device’s Secure Element chip. Every time you use Apple Pay, Apple issues a one-time payment number and a dynamic security code — both encrypted — to the bank. And not only does Apple not know what you bought, where you bought it, or how much you paid for it, but cashiers won’t be able to see your name, credit card number or your card’s security code when you making in-store purchases — a big improvement in real-world security.

If you want to put your iPhone to the real world retail test immediately, there are already 220,000 locations ready to take Apple Pay. According to Apple, every Macy’s/Bloomingdales, McDonalds, Staples, Subway, Walgreens/DuaneReade, and Whole Foods are among the retailers already equipped to accept these contactless payments. And, of course, Apple Stores are also ready to take your money. Just wave your phone at the NFC terminal, touch your iPhone’s Touch ID sensor and wave your money goodbye.

Meanwhile, shopping online sounds a little more complicated. Every online purchase demonstrated in the Apple Pay presentation went through an iOS app. So, whether you’re buying something from Target, accepting an offer from Groupon, or ordering a sandwich from Panera Bread, you’ll need to download the company’s app first. It’s unclear at this time if you will be able to use Apple Pay when shopping through a mobile browser like Safari or Chrome. But given Apple’s app-centric view of the Internet, I wouldn’t put any money on it.

But there is a plus side: in exchange for downloading and using these apps, after you pay with your fingerprint on the Touch ID sensor, you don’t have to enter your billing or shipping address, which can be a drag — especially when you’re shopping online using an iPhone or iPad.

Read next: These Are the Stores That Accept Apple Pay 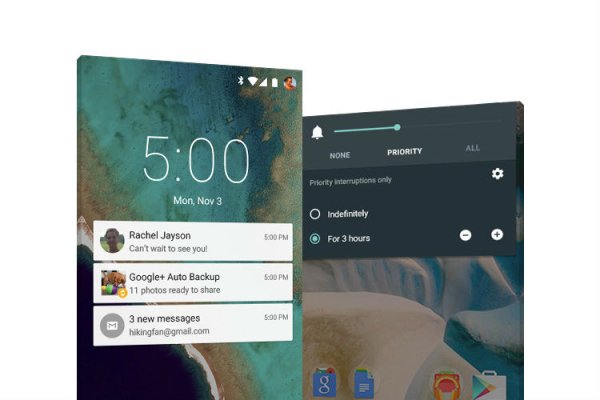 Android 5.0 Lollipop: What's New and When Can You Get It?
Next Up: Editor's Pick