Dozens Who Had Contact With the First U.S. Ebola Patient Are in the Clear

The first wave of people who were being monitored because they had direct contact with the first Ebola patient in the U.S. were declared free of the disease early Monday, an important step in the containment effort.

The Texas Department of State Health said 43 people were in the clear after they had contact with Thomas Eric Duncan, who died of the disease Oct. 8. Health officials have been taking their temperature twice daily for 21 days, the longest incubation period for the virus, and said that none have developed symptoms. Those individuals will now be taken off the watch list and will no longer need to be checked for symptoms.

At least two health care workers who helped treat Duncan have been infected, amid an outbreak that has killed more than 4,500 people in West Africa.

The group taken off the watch list Monday includes “a mix of health care workers, household contacts and community members whose last possible contact with the state’s first patient was Sept. 28,” the department said. They had to make themselves available for daily monitoring and were told not to leave the state during the incubation period.

The four people who lived with Duncan after he arrived from Liberia, where he contracted the disease, have also shown no signs of infection and will be taken off the watch list. They included Louise Troh, Duncan’s girlfriend, his son with Troh and two young men. They were placed under quarantine because of their high risk but will be now allowed to leave their temporary home.

“We are so happy this is coming to an end, and we are so grateful that none of us has shown any sign of illness,” Troh said in a statement. “We ask to be given privacy as we seek to rebuild our home, our family and our daily living.”

Texas state health officials and the Centers for Disease Control and Prevention continue to monitor 120 people, including health workers who cared for Duncan while he was hospitalized at Texas Health Presbyterian before he died, and passengers who sat within three feet of a nurse from the hospital who flew on two commercial flights on Oct. 10 and Oct. 13. Those health care workers have now been told to remain at home and avoid public places.

Read next: Nigeria Is Ebola-Free: Here’s What They Did Right 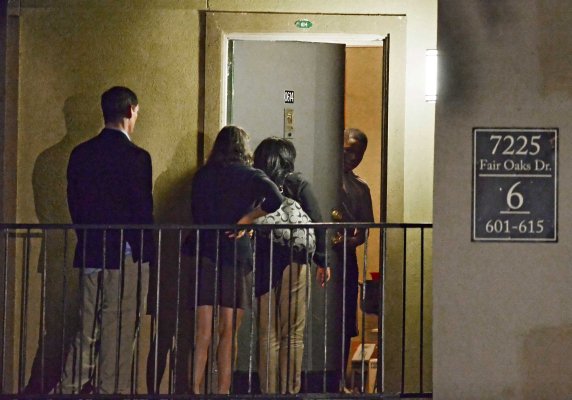 48 Come Off Ebola Watch List
Next Up: Editor's Pick