A man fills diesel in a car at a fuel station in New Delhi, India, Oct. 19, 2014. India freed diesel prices from government control Sunday while raising natural gas tariffs in the biggest-yet reform by Prime Minister Narendra Modi's government, as it aims to boost the country's economy and overhaul its energy sector.
Tsering Topgyal—AP
By Fortune / Geoffrey Smith

India’s government said it will stop fixing the price of diesel, in a move that will cut the bill for fuel subsidies and send a strong signal of its commitment to liberalize the economy and attract investment.

The move is one of the most radical to date by the government of Prime Minister Narendra Modi, and will mollify critics who say he has been too timid since taking power in Asia’s second-largest economy. It will also add substance to the barnstorming speeches he has made from Tokyo to Madison Square Gardens in recent weeks in an effort to drum up investment in his country.

“Henceforth—like petrol—the price of diesel will be linked to the market,” Finance Minister Arun Jaitley said after the cabinet approved the measure Saturday . “Whatever the cost involved, that is what consumer will have to pay.”

Two factors appeared to have influenced the timing of the move: firstly, the collapse in the price of crude oil to its lowest level in over three years means there will be no painful shock for the millions of consumers–most importantly, small-scale farmers–who depend on cheap fuel. Secondly, the politically bold move came as it became clear that Modi’s BJP party would win important regional elections in the states of Maharahstra and Haryana (home to the megacities of Mumbai and Delhi, respectively).

Indian commentators noted that the two elections had limited Modi’s freedom of action somewhat, but said that, with no more big votes due for a year, there is now a clear window to press ahead with the kind of reforms he promised. Under India’s constitution, central government has to share many powers with state government, so having his party in control of two of India’s most important state legislatures (albeit most likely in a coalition in Haryana) is an important advantage for Modi.

The diesel subsidy, which cost over $10 billion in the last fiscal year, had been one of the defining symbols of excessive government interference in the economy, discouraging both foreign and domestic investment in India’s fuel sector. That’s important because India is dependent on imported fuel, having few resources of its own. Energy security is one of Modi’s top priorities.

In the same vein, the government also raised the regulated price of natural gas at the weekend, hoping to encourage more interest in auctions for oil and gas exploration blocks that the government is aiming to hold.

Modi isn’t the only Asian leader who needs to wean his country off fuel subsidies. A similar challenge facesIndonesia’s new president Joko Widodo, who was finally sworn into office Monday after a contested election victory in the summer. Indonesia is lagging India in this area, as subsidies hold down prices not only for diesel but also for gasoline.

Widodo has the tougher challenge: unlike Modi, his opponents have majority control of parliament. And unlike India, gasoline prices are still fixed at below market levels, meaning that liberalization will hit middle-class urban voters. 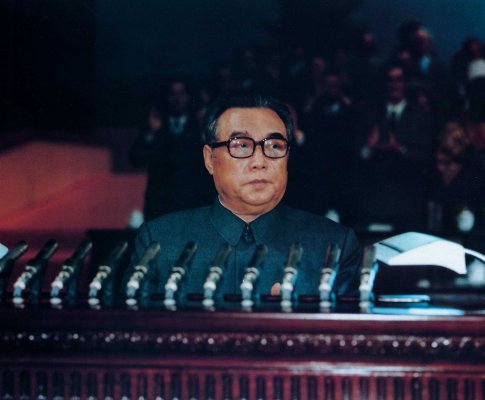