Students Involved in Pumpkin Festival Riots May Be Expelled

New Hampshire’s Keene State College will take serious action against students who participated in recent riots, and may even expel some, according to a statement from college president Anne Huot.

College authorities are “actively working to identify the individuals who participated in unlawful behavior,” read the statement, and the most serious offenders would face “interim suspension, followed by conduct action up to, and including, expulsion.”

Thirty people were injured and 20 taken to the hospital on Sunday, as things got out of hand at the annual Keene Pumpkin Festival and police had to intervene. Officers made at least 12 arrests and had to resort to riot gear and tear gas to control the rowdy revelers — many of whom threw rocks, bottles and even overturned cars and uprooted street signs.

Huot stressed that the rioters are not representative of the Keene State College student body. “I am proud of the positive contributions that many of our students, faculty and staff offered to the community this weekend,” she added

In fact, the Associated Press reports that more than 200 student volunteers descended on the site later on Sunday to help clean up damage caused by the mob. 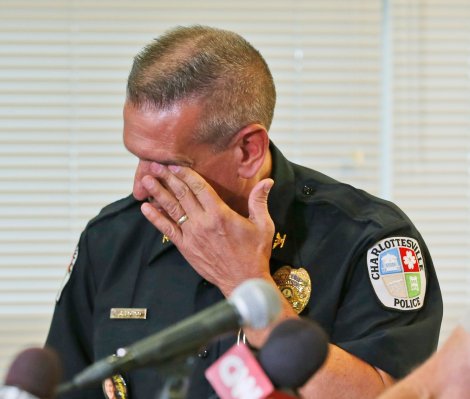 Possible Break in University of Virginia Case
Next Up: Editor's Pick