What Does It Mean for an Ebola Outbreak to End?

Nigeria’s most recent outbreak of Ebola is over, the nation’s government and World Health Organization (WHO) announced on Monday.

But — with fear of Ebola continuing to grip the world — what does that even mean? How does the WHO know that Nigeria is in the clear?

The answer, it turns out, is very specific: The WHO says a country can declare their outbreak to be over when it makes it through 42 days without a new case. That’s two incubation periods for the Ebola virus, so as long as 42 days have passed, during which the country had in place active surveillance and diagnostics but discovered no new cases, the WHO says it’s enough time to confidently say an outbreak is over. For health care workers to be considered “in the clear” they have to be monitored for 21 days after their last possible exposure to the virus, even if they were wearing full protective gear. Health care workers’ date of last contact is considered the day when the final patient with Ebola tests negative for the disease.

“Recent studies conducted in West Africa have demonstrated that 95% of confirmed cases have an incubation period in the range of 1 to 21 days; 98% have an incubation period that falls within the 1 to 42 day interval,” said WHO in a statement. “WHO is therefore confident that detection of no new cases, with active surveillance in place, throughout this 42-day period means that an Ebola outbreak is indeed over.”

MORE: Nigeria is Ebola-free: Here’s What They Did Right

This is not the first time WHO has declared Ebola outbreaks over using this particular standard — Senegal was declared Ebola-free on Oct. 17, and the strategy has proven effective in prior, unrelated, outbreaks.

In 1995, there was an Ebola outbreak in the country then called Zaire (today’s Democratic Republic of the Congo); it was declared clear on Aug. 25 of that year. The New York Times reported at the time:

It’s important to have definitive parameters for declaring outbreaks over because, as the current and former outbreaks have shown, oftentimes an outbreak will appear to be extinguished, only to reappear in full force a couple weeks later. This past April, Guinea’s health ministry thought the outbreak was slowing, which turned out to be false; in the 1995 outbreak, public health experts were also fooled. As TIME reported:

In an announcement made Monday morning, WHO called Nigeria a “spectacular success story,” citing proof that Ebola can be contained. “The story of how Nigeria ended what many believed to be potentially the most explosive Ebola outbreak imaginable is worth telling in detail,” WHO says in a statement.

To read more about how Nigeria contained their most recent outbreak of Ebola, check out our coverage, here. 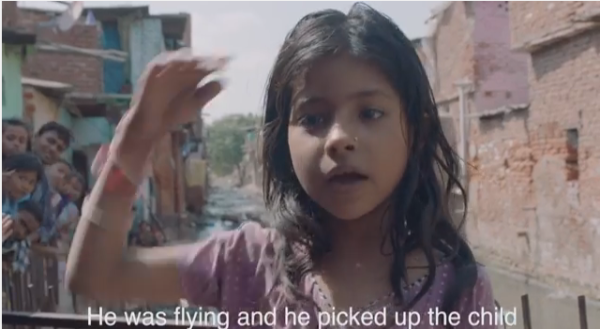 Watch These Amazing Kids Talk About Their Real-Life Superheroes
Next Up: Editor's Pick