Texas Hospital Apologizes for 'Mistakes' Made in Ebola Care

The hospital where two nurses contracted Ebola after helping care for Ebola victim Thomas Eric Duncan has apologized for “mistakes” in a full-page ad running in two newspapers on Sunday.

A letter from Barclay Berdan, CEO of Texas Health Resources, which owns Texas Health Presbyterian Hospital, ran in both the Dallas Morning News and the Fort Worth Star-Telegram, NBC News reports. The ad admitted that “training and education programs had not been fully deployed before the virus struck” and that the hospital “made mistakes handling this very challenge.”

“The fact the Mr. Duncan had traveled to Africa was not communicated effectively,” the ad’s letter read. “For that we are deeply sorry.” Duncan died Oct. 8.

The letter also said that the hospital was still trying to figure out why nurses Nina Pham and Amber Vinson contracted Ebola but noted that “Texas Health Presbyterian Hospital Dallas is a safe place for employees and patients.”

“Based on what we already know, I can tell you that many of the theories and allegations being presented in the media do not align with facts stated in the medial record and accounts of caregivers who were present on the scene,” the statement says. “We have remained committed to complying with CDC guidelines from the start.” 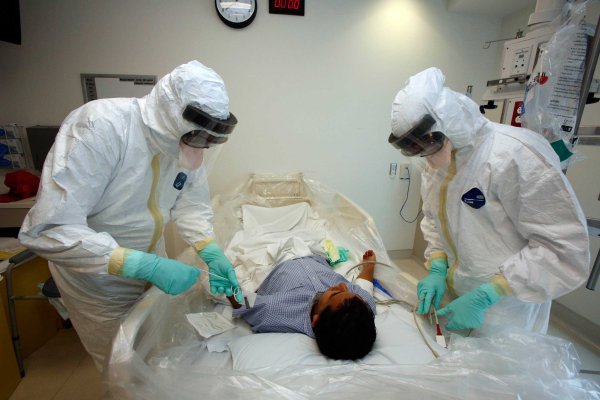