At least 30 people were injured and 20 taken to the hospital as police used riot gear and tear gas to break up an annual pumpkin festival that went awry near Keene State College in New Hampshire early Sunday morning.

“People were just throwing everything they could find — rocks, skateboards, buckets, pumpkins,” student Ellery Murray told the Boston Globe about a party Saturday night that got out of control. “People just got too drunk.”

At the annual Keene Pumpkin Festival, locals usually try and set a world record for the greatest number of jack-o-lanterns in a single spot, USA Today reports. This year, people overturned cars, ripped down street signs and ran from tear gas clouds as riot-gear-clad police tried to halt the disturbances. At least 12 arrests had been made.

“We deplore the actions of those whose only purpose was to cause mayhem,” Anne Huot, the college president, said in a statement. According to the college officials, both out-of-town guests and students were involved in the incident. 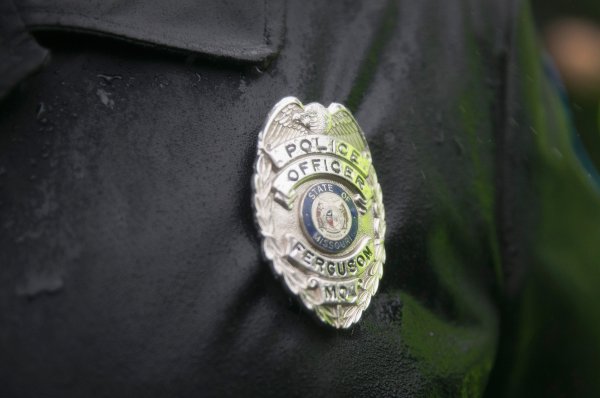 Ferguson Cop Gives His Account
Next Up: Editor's Pick