Apple’s Oct. 16 “It’s been way too long” event was supposed to be all about updating products that hadn’t been refreshed in a while. And it was. The Cupertino, Calif. company unveiled svelte new iPads, an ultra-high-resolution version of the iMac, an updated Mac mini, and a slew of software and service updates. CEO Tim Cook also said that a software development kit to help programmers make applications for the company’s upcoming smartwatch would be available in November, ahead of the much-anticipated device’s 2015 debut.

About ten minutes into his opening remarks, Cook put up an evolution of man-style slide showing Apple’s line of products, from the Watch through iPhone and iPad, laptops and desktops. (Scrub to 10:00 here to see it.) One could easily imagine the same slide with an additional product on the far right: a television. That is a rumor that has been around for so long, that it’s frankly grown tedious to think or talk about. Steve Jobs told biographer Walter Isaacson before he died that he’d long wanted to make a TV and had “finally cracked” the difficulty of creating a simple user interface. And, earlier this year, Cook told Charlie Rose that television “is one of those things that if we’re really honest is stuck back in the 70s…this is an area we continue to look at.” (It’s also a product Apple already made, sort of, in the early 1990s.)

What’s changed is that television is more ripe for disruption as the ecosystem of companies around it—cable providers, content creators—try to position themselves for the future. And, arguably, Apple’s clout and ability to disrupt TV is greater than ever. A number of developments in the last couple of weeks have given the idea of an Apple television set renewed luster. Consider that:

Apple has the display. The television-making business is no picnic; just ask Sony, which has lost nearly $8 billion in the last decade on TV’s alone. But the new iMac’s display—which has an extremely high resolution—is the kind of game-changer that consumers might be willing to spend more for.

Apple is calling the display a Retina 5K screen. The high-end 27‑inch iMac has four times as many pixels as the regular 27‑inch iMac display, some 14.7 million pixels. The company created its own timing controller to drive all those pixels and is using a new type of screen technology, an oxide TFT-based panel, to deliver extra brightness.

Cable companies are starting to unravel. Two back-to-back announcements this week suggest the television content business is starting to change. This had been Apple’s biggest obstacle to creating a television device with a radically better way of watching stuff. As my colleague Victor Luckerson put it earlier this week:

HomeKit is the new “digital hub.” In 2001, Jobs organized the then-struggling company around a new strategy. The computer would become the hub for consumers’ various devices, cameras, music players, video recorders, et cetera. It worked. Today, Apple is working on HomeKit, a framework that lets the company’s devices control smart gadgets around your house. (For more on the smart home, read all of this special TIME issue.) One of a future Apple television’s killer features could be acting as a central nervous system for all the wired lightbulbs, thermostats and so on in your house.

Consumers want it. The current product called Apple TV, a $99 set-top box that can pipe in streaming content from iTunes, Netflix, Hulu and other digital service providers, was denigrated as a “hobby” product by Steve Jobs in 2007. Last month, Cook said the device had gone far beyond that status and has some 20 million users.

And finally, Tim Cook’s Apple is ready. The company has shown it is willing to sign the death warrant for technologies it no longer finds useful. Not to mention place big bets in brand new areas where its success is far from guaranteed. Cook said this was “the strongest lineup of products Apple has ever had and soon you can wear that technology right on your wrist.” I wouldn’t be surprised to find that amended to add the center of the living room. 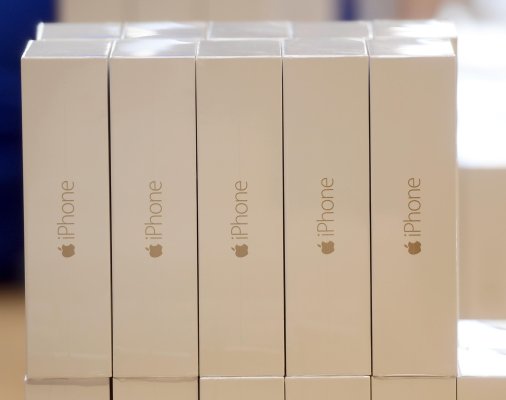 Here's Why People in China Are Going Crazy Over the iPhone 6
Next Up: Editor's Pick