Hero or Villain? Why Thousands Mourned a Bank Robber

He may have been one of America’s best-loved bank robbers: tens of thousands of people paid their respects at Charles “Pretty Boy” Floyd’s funeral after he was shot down by G-men on this day, Oct. 22, in 1934.

The FBI agents, however, were not among the mourners. Earlier in the year, the agency had declared him Public Enemy No. 1 for his alleged role in the 1933 Kansas City Massacre, when machine-gunners mowed down three policemen and one FBI agent as they attempted to return an escaped federal prisoner to the U.S. Penitentiary in Leavenworth, Kans. Floyd was named as one of the shooters; he’d hoped, the FBI said, to free his incarcerated friend, who was killed in the crossfire. In a story published the day of his death, TIME called Floyd “a murderously cool shot, [whose] trigger finger has already accounted for at least six deaths.” Summarizing his criminal CV, the story went on:

The public remembered him differently: as an Oklahoma tenant farmer beaten down by financial hardship and forced into a life of crime — but always looking out for the little guy. Rumors circulated that he had destroyed mortgage notes when he robbed banks, freeing struggling farmers from foreclosure.

There may have been at least a kernel of truth to the legend, based on his reputation for generosity to the “hill people” who helped him hide from the law in the foothills of the Ozarks, according to Jeffery S. King’s book, The Life and Death of Pretty Boy Floyd. King claims Floyd was paying to feed a dozen families who might have otherwise gone hungry.

He couldn’t hide in the hills forever, though. FBI agents got their shot at him in Ohio after Floyd crashed his getaway car into a telephone pole. They chased him down in a cornfield and fired on him while he ran. But his story didn’t end there; five years after Floyd’s death, Woody Guthrie memorialized him in song. “Pretty Boy Floyd” remembers the fugitive fondly, with the lyrics:

Yes, as through this world I’ve wandered
I’ve seen lots of funny men;
Some will rob you with a six-gun,
And some with a fountain pen. 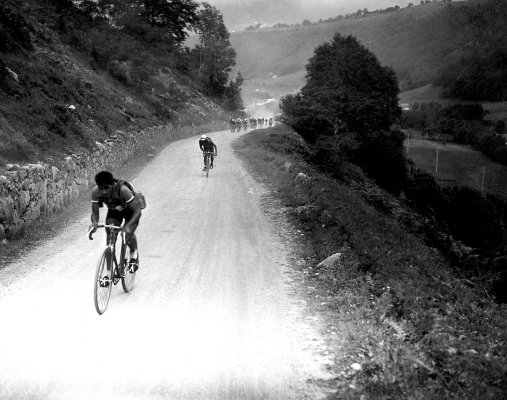