Health care workers who came in close proximity to the first Ebola patient diagnosed in the U.S. are being told they need to avoid public places or they may be involuntarily quarantined.

Under the new rules, which were issued late Thursday by the Texas Department of Health and affect almost 100 people, nurses who entered the hospital room of the first patient must stay away from restaurants and theaters, and forgo travel on airplanes or trains. The new directives from the state, which has seen each of the first three Ebola diagnoses on U.S. soil, lay out explicit guidelines for monitoring health care workers. They come as the federal government is under increasing pressure to do more to contain the virus. After officials were grilled by lawmakers Thursday, President Barack Obama on Friday tapped a longtime Washington aide to be an Ebola “czar” and coordinate the federal response. And the Centers for Disease Control and Prevention (CDC), which has been under particularly harsh scrutiny for its handling of the crisis, is expected to issue new guidelines for health care workers treating Ebola patients soon, Bloomberg reports.

Under the new Texas directives, hospital employees directly involved in caring for Thomas Eric Duncan, the Ebola patient who died Oct. 8, will be monitored with twice-daily check-ins for the 21-day duration of the disease’s incubation period. One of the daily check-ins must be conducted in person.

The state has threatened to subject anyone who ignores the guidelines to a “communicable disease control order”—or in other words, to quarantine them—but officials said they expect compliance.

“These are hometown health care heroes,” Clay Jenkins, a Dallas judge who has been closely involved in managing the containment effort, told the New York Times. “They want to do this. They’re going to follow these agreements.”

The announcement comes amid news that two health care workers who had treated Duncan later traveled out of state—Amber Joy Vinson by plane and another on a cruise ship. Vinson was diagnosed with Ebola following her flight and is being treated at Emory University Hospital in Atlanta. The other, who has not been unidentified, is self-monitoring in isolation aboard the cruise ship.

The new restrictions prevent both flights and cruises, along with any other “commercial transportation” or travel to “any location where members of the public congregate.”

The Ebola outbreak has killed more than 4,500 people in West Africa. 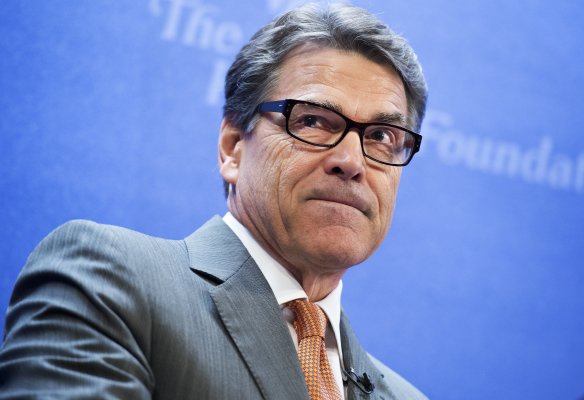 Perry Calls For Ebola Travel Ban
Next Up: Editor's Pick