Sometimes, when trying to make a point, it’s better to tell a story than rattle off a series of statistics. This approach is useful for me when talking about why our current H-1B visa process is something I’d fix.

I’ve written before about how, as the son of immigrants, immigration reform is personal to me. We know that the number of H-1B petitioners far surpasses the number of visas available. I don’t want to rekindle a debate about how many H-1B visas should be given, or whether ornot there is a STEM worker shortage in the U.S.

I’m here to tell a story about one of my employees that illustrates why we at my company, Kabam, likes to hire foreign workers to augment our talented U.S. workforce.

Always be learning
Jill is originally from Taiwan, where she had already graduated from college and held a master’s degree. She came to America on a student visa to study computer science at Carnegie Mellon where she earned her second master’s degree.

At Kabam, we place a high value on education and feel it’s important to always consider yourself a student, even after school. Through her extended education, Jill showed the desire to continually expand and deepen her skills, even if that meant doing so in a second language in a completely different country.

The Nitty-Gritty
Foreigners that want to work in the U.S. display another attribute that we value at Kabam — grit, or the ability to make it happen. Nothing was handed to Jill on her journey; all that she’s done was achieved through her own force of will.

Each step of the way from student to intern to full-time student had its own level of regulatory paperwork, including documentation (and more documentation) that had to be perfect in its presentation every time. Yet, she always met the bureaucratic criteria while still studying and working full-time.

Sweating the Small Stuff
Navigating the visa process also shows a remarkable ability to pay attention to detail, another trait highly valued at Kabam. As you can imagine, there is little margin for error with Jill’s paperwork when it came to government regulators.

Additionally, Jill had to time things just right. She had to balance looking for and accepting any kind of internship or job offer with the timing constraints of her visa, as well as obtaining the necessary paperwork.

These are skills that serve her well in her current role at Kabam.

Perseverance
Luck — both good and bad — also plays a role Jill’s story. She was fortunate enough to have graduated in 2009, a time when H-1B visas were still plentiful, so getting one was not as much an issue back then.

But she encountered her share of bad luck, like the Friday when she was told, out of the blue, that her H-1B visa transfer had been denied (because of an external clerical error) and she had to leave the U.S. that day and return to Taiwan.

Rather than succumb to defeat at this shocking development and give up, Jill returned to Taiwan, kept her cool and was able to legally get back in the country in a decent amount of time, get a new visa and rejoin us at work.

Worldly Wise
To be truly successful in this always-on, interconnected world, companies need to be globallysuccessful. Employees from other parts of the world bring with them an international view that is indispensable when looking to expand into new markets.

For Kabam in particular, we are looking to grow dramatically in Asia. Jill brings with her knowledge of the region and is fluent in both Chinese and English, making her a valuable asset in that expansion plan.

We’d like to tell more success stories like J’s, but with the H-1B visa process being a lottery, we can’t go after qualified non-U.S. citizen candidates because it’s too risky for us to make them an offer, make plans for their arrival and then be denied the ability to actually on-board them because of a lack of visa availability.

In this series of posts, Influencers explain what they wish they could fix — and how. Read all the stories here and write your own (please include the hashtag #FixIt in the body of your post). 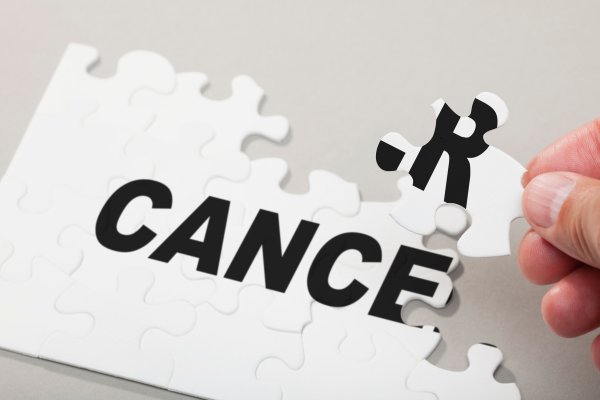 How To Act Around Someone Who Was Just Diagnosed With Cancer
Next Up: Editor's Pick