The White House confirmed Friday that President Obama has picked Ron Klain as the Administration’s “Ebola czar.” In his new role, Klain will be the point person for coordinating the nation’s response to the virus. The appointment marks a return to public life for Klain, who formerly worked under vice presidents Al Gore and Joe Biden, but who has since spent several years in the private sector.

Though it’s a departure from his current job, the oversight role will no doubt draw on the skills that Klain has spent decades developing. In fact, back in 1994 TIME named Klain — then Chief of Staff to Janet Reno — to its list of 50 people who would make up the next generation of leadership. Here’s what we said about him back then:

Over the decades that followed, that paragraph would not be the only time Klain would show up in the pages of the magazine. His name came up in 2000 when Al Gore was questioned about a 1996 campaign-finance scandal, and throughout that year as Bush v. Gore progressed; John Kerry praised his help on the campaign trail in 2004; he was named as a possible replacement for Rahm Emanuel in 2010; he even joked around with Joel Stein in 2012 after the Supreme Court cited a TIME article about Internet privacy.

Today, as the U.S. and the world continue to fight the Ebola outbreak, Klain’s name in the news is sure to be an even more regular event.

Read the introduction to the “50 for the Future” list that included such luminaries as Ron Klain, Oprah Winfrey and Bill Gates, here in the archives: The Real Points of Light 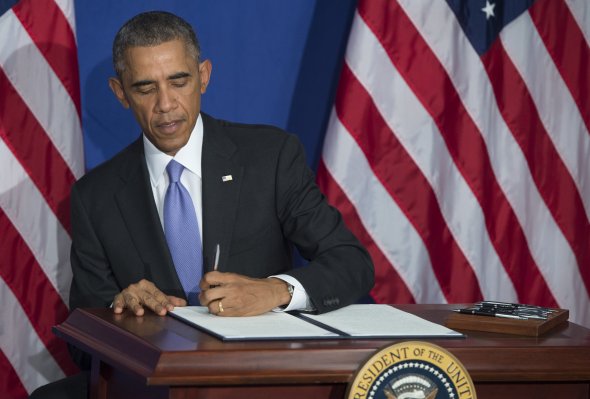