How to Get Respect: 5 Points Backed by Science

We all want to know how to get respect.

Research shows respect is key to both your love life and your career.

But it’s difficult. Others size you up very quickly. For instance, people evaluate how attractive you are in 13 milliseconds. Yes, milliseconds.

And first impressions matter more than you think. They’re the most important part of any job interview. And once set, they’re hard to change.

So how do you get respect? Let’s look at the research and see what works — and what doesn’t.

1) Power Is Respected… But There’s A Catch.

What makes us happier: money or power? Power. Do we prefer money or status? Status.

What do children say they want more than anything when they grow up? Fame.

Paraphrasing Machiavelli: if you have to choose between being loved or feared, pick feared.

Yeah, power gets you respect. So if you can make a billion dollars or become an international sensation by Thursday I highly recommend it.

But powerful people often behave badly. Power reduces empathy and often causes us to dehumanize others.

In fact, one of the most recognizable signs that someone is powerful is that they break rules. Why? They can get away with it.

And often this works in reverse — when we see someone who has the gall to break rules we assume they must be powerful.

And these negative characteristics are valuable in some roles:

But respect gained through power and bad behavior comes at a cost.

Not laughing at other people’s jokes does make you seem more powerful. It also reduces social bonding.

Refuse to be impressed by others’ achievements? Definitely powerful. And in relationship research it’s classified as “destructive” behavior.

Congratulations, you’re killing your relationships and alienating the people closest to you.

What about the workplace? Do you need to strut around the office to show people who’s boss?

Research from Harvard shows people would rather work with a lovable fool than a competent jerk — even if they won’t admit it:

(To learn what the most successful people have in common, click here.)

Appearing powerful definitely gets you respect — but potentially at a very high cost. Is it better to just be nice?

Can you be nice and get respect? Many people immediately think “nice guys finish last.” You’ll get walked on.

But research from Wharton professor Adam Grant shows “givers” are disproportionately represented at the top of success metrics.

But in some professions, like the military, you have to be tough… right?

Shawn Achor, author of the excellent book The Happiness Advantage, points out that top leaders in the Navy are supportive:

Powerful people won’t admit they don’t know something and don’t ask for help. They might look weak. But they also don’t learn anything.

The best way to learn also turns out to be a powerful influence tactic: just ask for advice.

How do expert FBI hostage negotiators get what they want? Listening and empathy.

So is it just that simple? Be nice all the time? Sadly, no.

While givers do make the top of success metrics, they are also disproportionately found at the bottom:

While we have a great deal to learn from total altruists, it’s a dangerous path. In some cases, yes, “Nice guys do finish last.”

(For Adam Grant’s tips on how you can be nice while protecting yourself from being taken advantage of, click here.)

Research shows not being aggressive limits goal achievement but being very aggressive hurts relationships. So what should we do?

We don’t merely respect people because of power… or just because of kindness.

Research shows we judge people on the qualities of competence and warmth:

But the tricky part is we always assume a trade-off between the two: more competent means less warm, more warm means less competent.

This idea of balance is pervasive. What happens when you see that uber-perfect person screw up a bit?

You actually like them more because it makes them human.

The best leaders are a balance. Not too assertive, but not too passive. They must juggle kindness and toughness:

Of course, riding that line is extremely difficult. And there are biases that make it even harder.

And on the flip side, society tells men it’s okay to be vulnerable and open up — but then punishes them for it. (Skip to 16:15.)

(For more on what the best leaders have in common, click here.)

Becoming someone who truly embodies all these qualities sounds impossible, right? Can’t we just fake it?

You can… but that’s tricky too.

“Fake it until you make it.” A little of that is only natural. But I’m seeing it reach a whole new level: out-and-out acting and utter manipulation.

And it’s a mistake. People think they’re going to act powerful and tough get a reaction like this:

What they end up doing is losing friends and gaining allies who will only be allies as long as there’s something to be gained.

And those who show Machiavellian kindness often suffer a worse fate —trust is easy to lose and hard to regain.

But perhaps that sounds pious. Here’s a more concrete reason: it doesn’t work — or at least not for long.

In five minutes people can size you up with about 70% accuracy:

Maybe you enjoy gambling but I don’t like those odds — especially over the long haul.

Unless you have an Oscar for acting, faking for big stretches of time is hard. In fact, research shows acting smart makes you look stupid.

The only way to convincingly change how you’re perceived is to do it from the inside. (We often call this “being delusional.”)

And what’s even more insidious is that over time, we can become what we imitate.

(For more on the techniques of FBI hostage negotiators, click here.)

Being a powerful jerk is a risky tradeoff — but so is being a total nice guy. And balancing is really, really hard.

So when we pull all this together what really is the best way to get respect?

5) How To Get Respect

You don’t need to strut around like a jerk but we can learn something from powerful people: confidence is vital.

People love confidence so much that we sometimes prefer those who talk a good game over those who produce quantifiable results.

So be moderately overconfident. See the world accurately but have belief in your abilities.

And what’s the best route to this? Work hard and become an expert at your job. Competence breeds real confidence. A feeling of control kills fear.

This is what we can learn from the nice guys. And don’t fake it. You can learn to be more compassionate. Karma works and kindness scales.

It all starts with self-knowledge. Gautam Mukunda explains:

In fact, research shows that when you try to be your best self, you end up presenting your true self:

Be the best version of who you are.

Join over 100,000 readers. Get a free weekly update via email here. 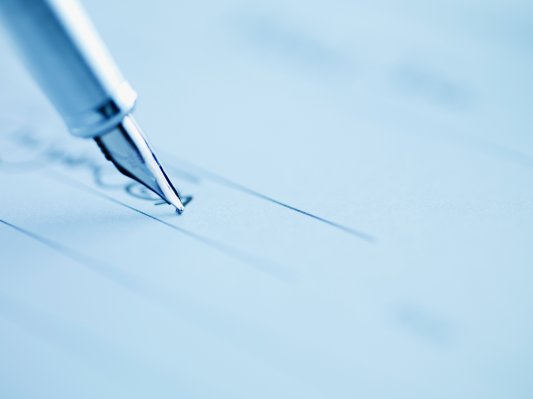 How the Most Successful People Manage Their Time
Next Up: Editor's Pick