The 10 Worst States for Women

Based on recently released Census Bureau data, women made up almost half of the workforce last year. Yet, even working full-time and year-round, they were paid only 79 cents for every dollar men made. The wage gap varies considerably between states. Women receive 86 cents for every dollar men make in New York, for example, while in Louisiana, women are paid just 66% of what men earn.

Income inequality is only one of the challenges women face. Across the nation, women are less likely to serve in leadership roles both in the private and public sectors. Health outcomes among female populations also vary considerably between states. Based on 24/7 Wall St.’s analysis, Mississippi is the worst state for women in the nation.

Click here to see the 10 worst states for women

In all of the worst rated states, women were less likely than their male peers to hold private sector management positions. In two of the worst states — South Dakota and Utah — women held fewer than one in three management jobs. According to Ariane Hegewisch, study director at the Institute for Women’s Policy Research, women are discriminated not just in base pay, but also lack career opportunities available to men. “A lot of [the wage gap] is also promotions, recruitments, and networking,” Hegewisch said. Perceptions of performance can also be affected by gender, meaning “the more the pay is related to performance and bonuses, the bigger the wage gap.”

Women in the worst rated states were also less likely to have leadership roles in government compared to women in the rest of the country. Only six of the 10 states had any female representation in Congress. Many of these states were among the nation’s worst for female representation in their own state legislatures as well. State Senates usually have between 30 and 50 Senators. Of the 10 states on this list, however, only Kansas had more than 10 female senators.

While the United States is among the most developed countries in the world, it was one of just a handful of nations where maternal mortality actually rose over the last decade, according to a recent study published in The Lancet, a respected medical journal. Pregnancy related mortality rates vary considerably between states.

To determine the worst states for women, 24/7 Wall St. developed on a methodology based on the Center for American Progress’ 2013 report, “The State of Women in America.”

We divided a range of variables into three major categories: economy, leadership, and health. Data in the economy category came from the U.S. Census Bureau and included male and female median earnings, the percent of children enrolled in state pre-kindergarten, state spending per child enrolled in pre-kindergarten, and education attainment rates. The leadership category included data on the percent of women in management occupations from the Census. It also includes the share of state and federal legislators who are women, and states that currently have female governors. The health section incorporated Census data on the percent of women who were uninsured as well as life expectancy. Infant and maternal mortality rates came from the Kaiser Family Foundation. Data on the expansion of Medicaid, as policies towards maternity leave, sick days, and time off from work came from the National Partnership for Women and Families.

These are the 10 worst states for women.

A typical man in Kansas earned $45,463 last year. The median earnings among women in the state, on the other hand, were just $35,869, or 79% of male earnings. The ratio was roughly in line with that of the nation. In addition to economic inequality, women in Kansas were far less likely than women in other states to hold leadership roles. Nearly 64% of management positions, for example, were held by men, one of the higher rates nationwide. Women, by contrast, held 36.2% of management occupations, one of the lower rates. Unlike the majority of the worst states for women, however, Kansas has a fair number of female state-level politicians. Of the 40 state senators, 12 are women, more than all but a handful of states.

ALSO READ: The 10 States With the Worst Quality of Life

With just five women out of 35 in the Alabama State Senate, and just 15 women out of 105 members in Alabama’s House of Representatives, few states have less of a female presence in their legislature. Alabama also ranks poorly in several measures of health that impact women. The state had one of the highest infant mortality rates in the country, with 9.2 deaths per 1,000 live births. Alabama also had one of the lowest female life expectancies in the country, at 78.2 years as of 2010. The state also lacks any of the family-friendly workplace health policies identified by the National Partnership for Women and Families.

While nationwide women earned roughly 80% of a man’s salary last year, women in Indiana earned less than three-quarters of a man’s wages, one of the worst pay gaps nationwide. Child rearing may be occupying what might otherwise be paid labor for women in Indiana, as the state offers little support for new mothers. State-funded preschool is not available for children under five years old. Also, less than 25% of women had completed at least a bachelor’s degree as of last year, one of the worst rates in the country and much lower than the nearly 30% of women nationwide. 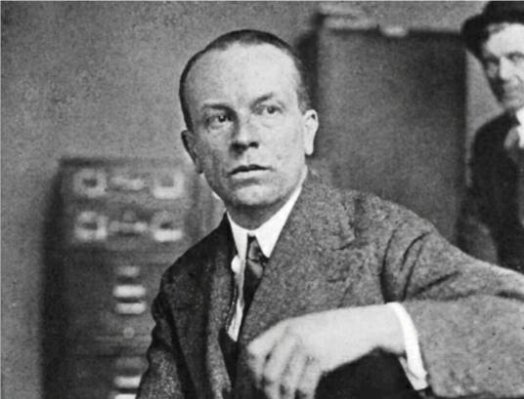 Homeland Insecurity: Hunting the First Terrorist Cell in America
Next Up: Editor's Pick