A State Department investigation has found that aides to former Secretary of State Hillary Clinton contributed to the “appearance of undue influence and favoritism” in three departmental investigations related to alleged sexual conduct by officials in the field.

In the highest-level case, the department’s inspector general found that senior State Department officials declared an allegation that the U.S. Ambassador to Belgium had solicited a prostitute in a public park as a “management issue.” The move effectively halted an investigation by the department’s Bureau of Diplomatic Security. The ambassador, Howard Gutman, was recalled to Washington from Belgium to meet with Under Secretary of State for Management Patrick Kennedy and Clinton Counselor and Chief of Staff Cheryl Mills, according to the report.

“At the meeting, the Ambassador denied the allegations and was then permitted to return to post. The Department took no further action affecting the Ambassador.” But the inspector general report finds that department officials offered varying reasons for declaring it a “management issue,” and that the diplomatic security investigation was halted before all potential witnesses, including the Ambassador, were interviewed.

In the second case, department managers were found to have interfered in the investigation into a Regional Security Officer accused of sexual misconduct and harassment. In the third, the Assistant Secretary of State for Diplomatic Security was found to have improperly delayed for four months a diplomatic security interview with Brett McGurk, the Obama administration nominee’s to be Ambassador to Iraq in 2012. McGurk withdrew his nomination after flirtatious emails were leaked between him and a then-Wall Street Journal reporter while the two were based in Baghdad in 2008. The inspector general said the investigation into the leak was brought to a temporary standstill until McGurk could be interviewed.

The revelations were first reported in a 2013 leaked draft of the inspector general report.

Republicans, looking for any ammunition to use against Clinton as she prepares for a likely presidential run in 2016, are likely to attempt tying Clinton to the report’s findings, though the inspector general did not find any direct link to the former secretary. 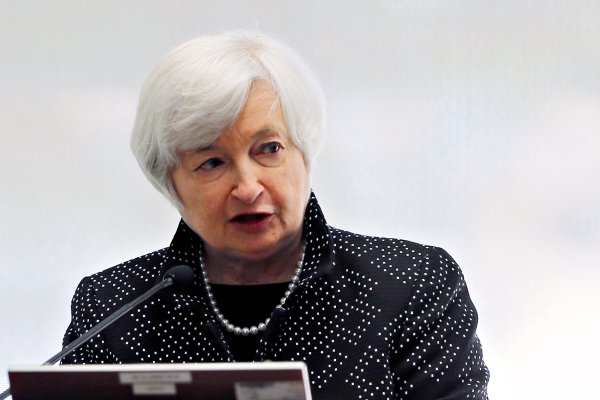 Yellen Is Concerned by Rising Economic Inequality
Next Up: Editor's Pick