There was a joke floating around Republican circles earlier this year that was decently funny, by Washington standards, and had the added virtue of being true: Barack Obama has more czars than the Romanovs ever did. The quip, tweeted by Senator John McCain, was a thinly veiled gripe about the President’s appointment of a slew of policy coordinators tasked with everything from reforming health care to restoring the Great Lakes. The White House advisers drew wide attention earlier this month when green-jobs czar Van Jones was forced to resign after revelations of impolitic comments about Republicans and his support for a petition suggesting a government plot behind the Sept. 11 attacks.

So when does a high-level White House adviser become a czar? No one knows for sure, since the term itself has no formal definition. Essentially it’s a media creation — the White House rarely even acknowledges the title — used as a snappy shorthand to identify and describe the array of policy officials swarming the West Wing. And it’s hard to blame reporters; unwieldy official titles are often begging for a rebranding (Director of the Office of National Drug Control Policy, for example, doesn’t stand a chance against drug czar). Counts of Obama’s czars range from the high teens to about 28, depending on whether such figures as State Department envoy George Mitchell and economics adviser Paul Volcker are included.

But while Obama’s cadre of newly crowned czars has earned condemnation from the right, when it comes to recruiting presidential advisers he’s in good company. During World War I, Woodrow Wilson appointed financier Bernard Baruch to head the War Industries Board — a position dubbed industry czar (this just one year after the final Russian czar, Nicholas II, was overthrown in the Russian Revolution). Franklin Roosevelt had his own bevy of czars during World War II, overseeing such aspects of the war effort as shipping and synthetic-rubber production. The term was then essentially retired until the presidency of Richard Nixon, who appointed the first drug czar and a well-regarded energy czar, William E. Simon, who helped the country navigate the 1970s oil crisis. The modern drug czarship — perhaps the best-known of the bunch — was created by George H.W. Bush and first filled by William Bennett, now a conservative radio host. By some counts, George W. Bush had the same number czars as Obama — or even more — though not so early in his presidency.

The czar post has always had opponents, and criticism has swelled along with attention to Obama’s appointments. Foremost among them are members of Congress who believe the advisers circumvent the legislative branch’s proper supervision of the executive (unlike Cabinet secretaries, czars are not subject to confirmation votes). Earlier this month, six Republican lawmakers wrote a letter to Obama complaining that 18 White House positions “may be undermining the constitutional oversight responsibilities of Congress.” Democratic Senator Robert Byrd, a well-known defender of Senate prerogatives, complained about the positions in a letter earlier this year. A spokesman replied that Obama is simply continuing a presidential practice in place for decades.

The more interesting criticism, however, is the charge that czarism simply doesn’t work. Czars generally don’t have budget control or other real authority, and are often caught up in turf battles among Cabinet secretaries and fellow West Wingers. “There’ve been so many czars over the last 50 years, and they’ve all been failures,” New York University public-service professor Paul Light told the Wall Street Journal. “It’s a symbolic gesture of the priority assigned to an issue.” Sometimes, however, symbolism matters. John Koskinen, the Clinton Administration adviser responsible for overseeing Y2K preparation, was cited by the National Journal for his successful use of the role. Though he had no formal authority, Koskinen could convene White House meetings and Cabinet secretaries knew he had the President’s ear on the issue. At one meeting, agency heads who had been dragging their feet on preparing their computer systems were called to the carpet by Vice President Gore and asked to get with the program. “That was effective,” Koskinen later said.

Read “Obama’s Health Czar: Behind the Scenes but Leading the Charge.” 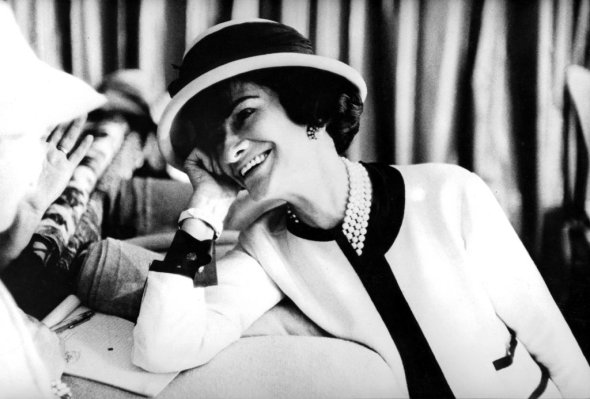 Why We Can't Wear White After Labor Day
Next Up: Editor's Pick