Despite lasting just one season on Game of Thrones, Khal Drogo remains one of the show’s most memorable characters — thanks in large part to Jason Momoa’s indelible portrayal of the Dothraki lord. In this YouTube clip from 2012, we see that the actor landed his breakout role performing the haka, a traditional dance associated with New Zealand’s Maori people, during his audition.

Though the haka has a legacy entirely unrelated to Game of Thrones (obviously), its intensity — and Momoa’s fervent, wild-haired rendition of it — helps reveal why the actor was so well-suited for the part of Khal Drogo. And it was that short-lived role that has launched the 35-year-old actor to greater stardom. Momoa has recently been cast as Aquaman and is slated to appear in a number of DC Comics’ upcoming films.

Plus, with the recent announcement that there will be flashbacks in the upcoming season of Game of Thrones, there’s always a slight chance we could see Khal Drogo once again. Let’s just hope he’s slightly less terrifying than he is in that audition tape, because seriously — you do not want to turn the volume up too loud for that one. 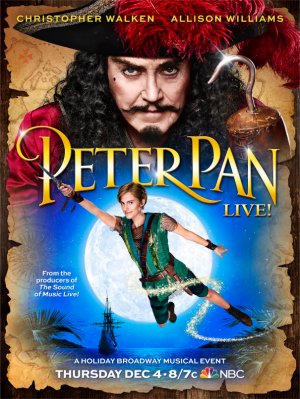 Check Out Allison Williams and Christopher Walken in the Official Peter Pan Live! Poster
Next Up: Editor's Pick