Companies usually save their big guns for major number turnovers, because that’s what we’ve come to expect after a lot of this-point-that integer creep (unless you’re Apple, anyway, at which point you shift from subsets of the number 10 to big cats to surfer hangouts to national parks).

Sony has a name for its upcoming major PlayStation 4 operating system overhaul. It’s called “Masamune,” after a widely acclaimed Japanese late 13th/early 14th century swordsmith. And yes, that is a little audacious, but then the update sounds fairly ambitious.

Version 2.0 will bring Themes, a dedicated YouTube app and something Sony calls “Share Play”: a way to play local co-op with friends on other systems, which sounds just like ordinary co-op, and is, except that you need only a single copy of the game between the two of you. The idea seems less about saving people money than creating quick-help scenarios, say you’re stuck and need a hand, or want someone to actually take over your controller and drive. Call it “Help Play.”

But we’ve known about that stuff since August. Yesterday, Sony announced a bunch of additional features, one of which involves rejiggering the way your console handles content in the menu, another that shows you “players you may know,” the option to listen to your music while playing a game (off a USB device, with support for MP3, MP4, M4A and 3GP formats), new voice commands, some new live broadcasting channels and filters, and the option to change the dash’s background color (weirdly absent at launch, so more of a catching-up thing ).

Of them all, I’m most intrigued by the content area change. Here’s Sony’s bulleted breakout:

That’s the one I’m most excited about, if I’m parsing what Sony’s saying correctly and it’s going to shorten the left-right scroll sprawl. I don’t mind the way content stacks now in one super-long line that grows with each new game you play, but I’d say I’ve visited the tail end of that line maybe a handful of times since the system launched. Not seeing stuff you’re not sure you need, or only rarely use, is roughly analogous to it not being there.

We’re still in the dark on Masamune’s release date, but it’s supposed to drop “later this fall,” technically giving Sony until December 21. 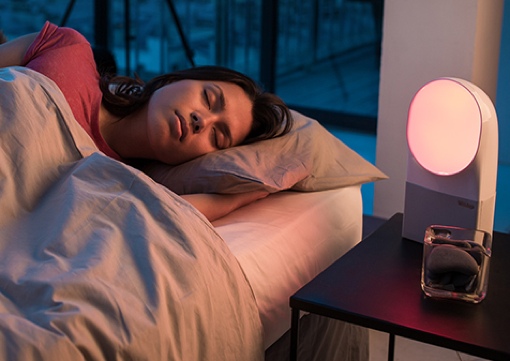 5 Gadgets That Will Help You Sleep Better
Next Up: Editor's Pick