Federal Reserve Chair Janet Yellen said on Friday the growth of economic inequality in the United States “greatly” concerns her, and suggested in a detailed speech on the politically charged issue that Americans should ask whether it was compatible with their values.

“The extent of and continuing increase in inequality in the United States greatly concern me,” Yellen told a conference on inequality at the Boston branch of the central bank.

“It is no secret that the past few decades of widening inequality can be summed up as significant income and wealth gains for those at the very top and stagnant living standards for the majority,” she told economists, professors and community workers.

“I think it is appropriate to ask whether this trend is compatible with values rooted in our nation’s history, among them the high value Americans have traditionally placed on equality of opportunity.”

The speech, heavy on data compiled by the Fed and by other sources, continued Yellen’s focus on the trials of America’s unemployed and underemployed.

With global financial markets rebounding from days of frenzied selling, Yellen did not comment on the volatility or on monetary policy.

Income disparity between the richest Americans and the rest has risen in the wake of the 2007-2009 recession. An extensive Fed study published last month suggests wealth and income is concentrated not just within the top 1 percent, as some analyses have suggested, but actually among a slightly broader slice of the ultra-rich: the top 3 percent.

Yellen, who raised concerns about inequality well before taking the Fed’s reins earlier this year, acknowledged that a rebound in house prices over the last two years has restored much wealth to those at the bottom.

But she cited several troubling contributors to a lack of equality of opportunity, including the expensive cost of higher education faced by the young.

In another threat to economic opportunity, she said a slowdown in business formation may depress productivity.

The speech comes after a report found that the top 113 earners among staff at the Fed’s Washington headquarters make an average of $246,506 per year, excluding bonuses and other benefits — more than Yellen and nearly double the normal top government rate.

Meanwhile, the Fed was center stage this week in a volatile market selloff not seen in years.

Eric Rosengren, head of the Boston Fed, said on Friday however that recent market turbulence and signs of global economic weakness haven’t yet dimmed U.S. economic forecasts and won’t likely change the Fed’s policy path unless they do. 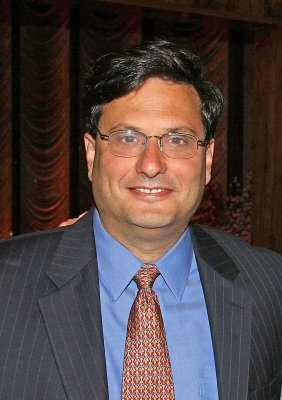