10 States Where Life Is Just the Best Right Now

The United States is one of the world’s most prosperous economies, with a gross domestic product that exceeded that of any other country last year. However, a vibrant economy alone does not ensure all residents are well off. In a recent study from the Organisation for Economic Co-operation and Development (OECD), U.S. states underperformed their regional counterparts in other countries in a number of important metrics that gauge well-being.

The OECD’s newly released study, “How’s Life in Your Region?: Measuring Regional and Local Well-Being for Policy Making,” compares nine important factors that contribute to well-being. Applying an equal weight to each of these factors, 24/7 Wall St. rated New Hampshire as the best state for quality of life.

Click here to see the 10 states with the best quality of life.

Click here to see the 10 states with the worst quality of life.

Monica Brezzi, author of the report and head of regional statistics at the OECD, told 24/7 Wall St. considering different dimensions of well-being at the regional level provides a way to identify “where are the major needs where policies can intervene.” Brezzi said that, in some cases, correcting one truly deficient measure can, in turn, lead to better results in others.

In order to review well-being at the regional level, the OECD used only objective data in its report, rather than existing survey data. Brezzi noted that current international studies that ask people for their opinion on important measures of well-being often do not have enough data to be broken down by region.

For example, one of the nine measures, health, is based on the mortality rate and life expectancy in each region, rather than on asking people if they feel well. Similarly, another determinant of well-being, safety, is measured by the homicide rate rather than personal responses as to whether people feel safe where they live.

Based on her analysis, Brezzi identified one area where American states are exceptionally strong. “All the American states rank in the top 20% of OECD regions in income,” Brezzi said. Massachusetts — one of 24/7 Wall St.’s highest-rated states — had the second-highest per capita disposable household income in the nation, at $38,620. This also placed the state among the top 4% of regions in all OECD countries.

However, the 50 states are also deficient in a number of key metrics for well-being. “With the exception of Hawaii, none of the American states are in the top 20% for health or for safety across the OECD regions,” Brezzi said. Minnesota, for instance, was rated as the third best state for health, with a mortality rate of 7.5 deaths per 1,000 residents and a life expectancy of 81.1 years. However, this only barely placed Minnesota among the top third of all regions in the OECD. Similarly, New Hampshire — which was rated as the safest state in the country, and was 24/7 Wall St.’s top state for quality of life — was outside the top third of all regions for safety.

Across most metrics the 50 states have improved considerably over time. Only one of the nine determinants of well-being, jobs, had worsened in most states between 2000 and 2013. Brezzi added that not only was the national unemployment rate higher in 2013 than in 2000, but “this worsening of unemployment has also come together with an increase in the disparities across states.”

Based on the OECD’s study, “How’s Life in Your Region?: Measuring Regional and Local Well-being for Policy Making,” 24/7 Wall St. identified the 10 states with the best quality of life. We applied an equal weight to each of the nine determinants of well-being — education, jobs, income, safety, health, environment, civic engagement, accessibility to services and housing. Each determinant is constituted by one or more variables. Additional data on state GDP are from the Bureau of Economic Analysis (BEA), and are current as of 2013. Further figures on industry composition, poverty, income inequality and health insurance coverage are from the U.S. Census Bureau’s 2013 American Community Survey. Data on energy production come from the Energy Information Administration (EIA) and represent 2012 totals.

These are the 10 states with the best quality of life.

Based on nine distinct well-being measures, Wisconsin is one of the top states in the nation for quality of life. Like nearly all top-ranked states, Wisconsin’s housing score was quite high. A typical home had 2.7 rooms per person. Additionally, nearly three-quarters of households had broadband Internet access, both among the higher rates nationwide. Residents are also more politically active than people in a majority of states. The state reported a 74% voter turnout rate, better than almost every other state.

Nearly four in five Washington residents had broadband Internet access last year, tied with New Hampshire for the highest rate in the country. Washingtonians also enjoy exceptional air quality and a relatively healthy environment. Just 4.1 mg of airborne dangerous particulate matter per cubic meter was recorded in the state, nearly the lowest level of pollution measured. Washington also leads the nation for renewable energy production, with more than 1,012 trillion BTUs produced in 2012, far more than any other state.

Based on OECD metrics, Maine — which advertises itself as “Vacationland” — is far more than merely a tourist destination. Like more than half of the best states for quality of life, Maine received a nearly perfect score for its housing. Maine homes had an average of nearly three rooms per person, more than all but one other state. Spacious households are likely favored by Maine residents as the state’s long winter can keep people indoors for long periods. And while heating costs can be a burden, falling U.S. crude oil prices have considerably reduced the financial strain of buying home heating oil, which is more-widely used in Maine than in any other state. 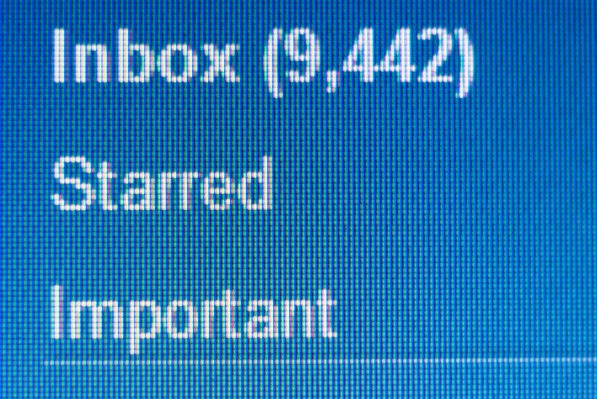 5 Email Rules That Will Change Your Life
Next Up: Editor's Pick