FBI Director Implies Action Against Apple and Google Over Encryption

FBI Director James Comey testifies at a Senate Judiciary Committee hearing on "Oversight of the Federal Bureau of Investigation" on Capitol Hill in Washington May 21, 2014.
Kevin Lamarque—Reuters
By Rishi Iyengar

FBI Director James B. Comey has expressed exasperation at the advanced data encryption technologies that companies like Apple and Google say they will offer their customers, and implied that the government might attempt regulations to ensure a way around them.

“Perhaps it’s time to suggest that the post-Snowden pendulum has swung too far in one direction — in a direction of fear and mistrust,” Comey told the Brookings Institution in a speech Thursday. Comey also spoke of the need for a “regulatory or legislative fix” to hold all communications companies to the same standard, “so that those of us in law enforcement, national security and public safety can continue to do the job you have entrusted us to do, in the way you would want us to.”

But in response to questions from reporters and Brookings experts, the FBI director made it clear that he was only talking on behalf of his own organization and thus could not speak for the NSA or other intelligence agencies, reports the New York Times.

This is not the first time that Comey has spoken out against Apple and Google’s move to give users complete control over data encryption, but the implications of legislative action against these companies is a step forward in government efforts to thwart it.

While Apple and Google have not commented on Comey’s latest remarks, technology companies have previously said that the move toward personal data encryption will not slow down, and will in fact probably be stepped up.

“I’d be fundamentally surprised if anybody takes the foot of the pedal of building encryption into their products,” Facebook’s general counsel Colin Stretch told the Times. He added that encryption was a “key business objective” for technology companies. 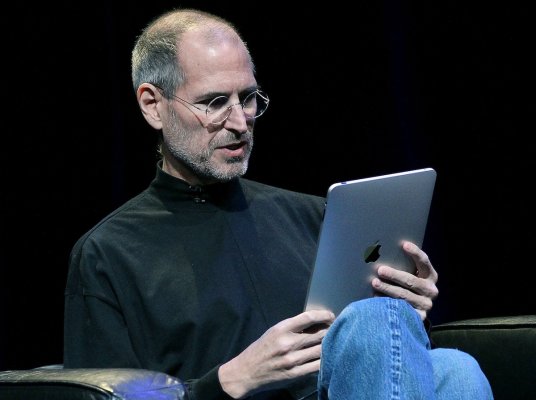 iPad Predictions, Then and Now
Next Up: Editor's Pick