Soda May Age You as Much as Smoking, Study Says

Nobody would mistake sugary soda for a health food, but a new study published in the American Journal of Public Health just found that a daily soda habit can age your immune cells almost two years.

Senior study author Elissa Epel, PhD, professor of psychiatry at University of California San Francisco, wanted to look at the mechanisms behind soda’s storied link to conditions like diabetes, heart attack, obesity, and even higher rates of death. She studied telomeres, the caps at the end of chromosomes in every cell in our body, from white blood cells. Shorter telomeres have been linked to health detriments like shorter lifespans and more stress, cardiovascular disease, diabetes and cancer, the study notes.

Epel and her team analyzed data from 5,309 adults in the National Health and Nutrition Examination Survey (NHANES) from about 14 years ago. They found that people who drank more sugary soda tended to have shorter telomeres. Drinking an 8-ounce daily serving of soda corresponded to 1.9 years of additional aging, and drinking a daily 20-ounce serving was linked to 4.6 more years of aging. The latter, the authors point out, is exactly the same association found between telomere length and smoking.

Only the sugary, bubbly stuff showed this effect. Epel didn’t see any association between telomere length and diet soda intake. “The extremely high dose of sugar that we can put into our body within seconds by drinking sugared beverages is uniquely toxic to metabolism,” she says.

She also didn’t see a significant link between non-carbonated sugary beverages, like fruit juice, which Epel says surprised her. But she thinks the results might be different if the data were more modern. “We think that the jury’s still out on sugared beverages—theoretically they’re just as bad,” she says. “But 14 years ago people were drinking a lot less sugared beverages…they were mostly drinking soda.” At the time of the study, 21% of adults in the study reported consuming 20 ounces or more of sugar-sweetened soda each day, but soda consumption has been on the decline for years.

Telomere length dwindles naturally as we age, but it may not be an irreversible process. Previous research shows that it’s possible to increase telomere length by as much as 10% over 5 years by stressing less and eating a healthy diet—no soda included.

Read next: Here’s How to Stop Teens From Drinking Soda 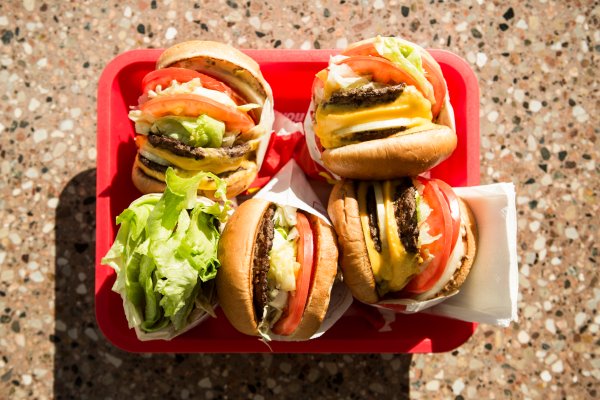 How Healthy Are 'Secret Menus' at Restaurants?
Next Up: Editor's Pick